Najim Arshad is the  Winner  of  Kerala State Film Awards 2020 for  best singer (male)
Najim Arshad is the winner of the Best Singer (male) award at the 50th Kerala State Film Awards.  He won the award for the song 'Athmavile vanagalil' composed by  William Francis for the movie ‘Kettyloaanu Ente Malakha'.
When Najim heard the news and the congratulatory messages following the anouncement of the award by Cultural Minister A K Balan, his first reaction was   ‘I can’t believe it'. He mentioned in his social media page that 'Thanks to jury members ❤️, Thank you dear Williams for giving such a great song.
Thanks to almighty'.
‘Kettyloaanu Ente Malakha,’ starring Asif Ali and Veena Nandakumar in the lead, is a drama film that was directed by debutant filmmaker Nissam Basheer. The film was written by Aji Peter Thankam and also had Manohari Joy, Jaffar Idukki, Basil Joseph and more as supporting actors. The film, which explores the story of a shy Malayali rustic villager named Sleevachan and his newlywed wife Rincy, ponders on the topic of marital rape and was critically acclaimed too. The film was released on November 22, 2019.
Najim Arshad  is now established as a playback singer with more than 100 songs and many awards to his credit. Najim's journey as a singer was noted following his success in Asianet's idea star singer.  He was the winner of the most popular reality show Idea Star Singer 2007 on Asianet. Mission 90 Days was his debut film as a playback singer. The song from Lal Jose movie 'Diamond Necklace' Thottu thottu composed by Vidya sager was a big break for him. He has many hit songs to his credit including songs from  recent movies. In the mean time he also made debut in bollywood through his hindi song 'Kaafiron Ki Namaaz'. He has been considered for the play singer award in many years. This year he got it.
50th Kerala State Film awards 2020-Winnners List : Read here for full list
Congratulations!!
Winners of 50th Kerala State film awards 2020 in music category
Best Music Director – Sushin Shyam (Kumbalangi Nights)
Music Director for BGM – Ajmal Hassbulla  (Vrithakrithiyulla Chathuram)
Best Lyricist: Sujesh Hari (Sathyam Paranja Viswasikkuvo)
Best Singer (Male) – Najeem Arshad (Kettiyolaan Ente Malakha)
Best Female Singer – Madhusree Narayanan (kolambi)
Najim Arshad -Biography
Najim Arshad is the son of Tirumala Shahul (retired as administrative officer from Vigilance Department) and Rehma (music teacher). He has two elder brothers Ajim Shad & Sajim Shad.  He is the native of Valiyavila, Trivandrum district in Kerala. Najim Arshad has completed his a post-graduation in music with first rank, from Sree Swati Tirunal College of Music, Kerala University. Najim  is married to Thazni Thaha is a dentist by profession. Their wedding and  engagement  photos were posted earlier. They were blessed with a baby boy in 2019.

Asianet Film Awards 2020, one of the most popular film awards of the Malayalam cinema was a star-studded event  was attended by celebrities from bollywood and south Indian film industry. In the glitzy event and the award show, Mohanlal received the award for best actors while Parvathy got best actress award.

The selection of awards is based on online voting and SMS. Movies released between July 2018 and July 2019 are only considered for this award . 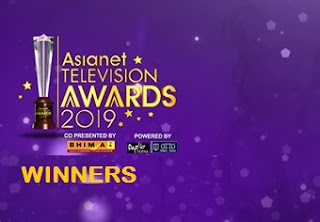 Awards ✔ Vinodadarshan Comment
The 66th National Film awards were announced on 9th Friday 2019, by Rahul Rawail, head of the Jury for feature films. Hellaro a Gujarati film directed by Abhishek Shah won the best film award. Aditya Dhar won best director for Uri : The Surgical Strike. The winners were selected from 419 films competed for the awards this year. The national film awards are given in 31 categories.

Ayushmann Khuranna for Andhadhun and Vicky Kaushal for Uri : The Surgical Strike shared the award for best actor. Keerthy Suresh got best actress award for her performance in  Mahanati