Kalyani Kalavani-New Serial on Asianet Plus to begin on March 16, 2015

Kalyani Kalavani is a Malayalam Serial to be aired on Asianet Plus. The comedy drama will be aired every Monday to Friday at 800 Pm. The first episode of the serial will be telecasted on March 16, 2015. This comdedy serial on Asianet plus is penned down by famous writter Krisha Poojappura 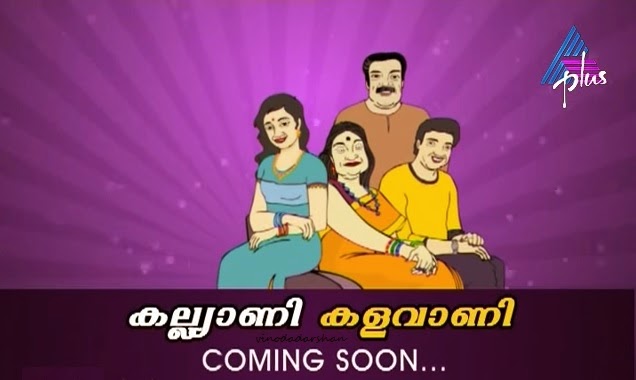 The theme of this family satire revolves round  Kalyani and Vani. Actress Geetha Vijayan plays the role of mother in law Kalyani and Shalu Kurian portrays the character Vani, the  daughter in law. Other major actors include Sharath Das. We will soon update a detailed cast and crew of this tele serial.