Amrita TV TV Serial-Cast ✔ Vinodadarshan Comment
Kumarasambhavam is a new devotional serial lauched on Malayalam Entertainement Channel Amrita TV on 16th April 2018 . The  Mythological Serial "Kumarasambhavam" is aired every Monday to Friday at 7:00 PM, o Amrita TV. The serial will have 250 episodes and is schedule to end on 29.3.2019

Amrita Tv serial Kumarasambhavam is produced by Sree Subrahmanaym Enterprises and directed by  Manoj LM. The shoot is progressing in Peppara reserved forest area.Kumarasambhavam  is from the team that produced popular shows like 'Devi Mahathmyam' and 'Satyam Sivam Sundaram'. This serial is currently available only in Malayalam version.  Malayalam Television is now flooded with many dubbed devotional and mythological serial includin 'Maha Ganapathi',' Shaneeswaran' and 'Sree Bhadrakali' etc


Story Line : The serial is based on Kalidasa's epic poem ‘Kumarasambhavam.” It literally means 'Birth of Kumara – the Lord Subramanya'.  But the story deviates from this poem by bringing in some stories glorifying the deity. Incorporates some very important sequences of Lord Subramanya, his meeting with Avvayyar , quarrel with Ganapathi, etc.. The show will be a mega-serial version of the classic Malayalam movie 'Kumarasambhavam'. The original versions of the popular songs (example priyasakhi gange...) in the movie will also be used in the show. Kumara Sambhavam movie was released in 1969 both in Malayalam and Tamil film (bilingual), directed and produced by P. Subramaniam. The film stars Gemini Ganesan, Padmini, Srividya and Thikkurissi Sukumaran Nair in lead roles.

Kumarasambhavam -Telecast details
Channel-Amrita TV
Language -Malayalam
Genre-Mythological drama
Launch Date-16th April 2018
Telecast time-Mon-Fri-7:00 PM
Story revolved with the decision of  Parvathi, daughter of Himavan, who is firm on her decision to marry none other than Lord Siva. But lord Shiva entered into long meditation following the death of his wife Sathi, daughter of  Daksha, who had strong enimity towards Shiva. The demon  Tharakasura was now in control of heaven and the gods and can be killed only by Shiva' Son. Narada advises Parvathi to worship Lord Siva and win his love. By her efforts Parvathi manages to win the love of Shiva and get married. Parvathi gives birth to Subramanyan who grows up and duly kills Tharakasura

The full episodes of the show will be added to   Amrita TV official Youtube Channel  following the telecast.

Amrita TV Anchor Artist Profiles ✔ Vinodadarshan Comment
Actor Mohanlal is going to debut on Malayalam Teleiviosn screen through Amrita TV' new television show LALSALAM. This is Mohanlal's first television show on mini-screen after ruling big screen for nearly four decades. Even though he has appeared in many TV interviews and part of programs, this is the first time he is hosting a full show on Malayalam television.

Lalsalam, the much awaited show will be premiered on August 18 at 8:00 PM. The new show will be telecasted every Friday and Saturday at 8:00 PM following its launch Amrita TV.

As the title indicates the new show is about Mohanal. The actor is going to take the audience through memorable events in his acting career. The promos of the show indicate the show as a visual treat with many prominent personalities and co-stars including Manian Pillai Raju, Manju Warrier, KPAC Lalitha, Nedumudi Venu, KS Chithra, Stephen Devassy, etc.to particiapte in this program.

Actress Meera Nandan is also promoted as the co-host of the show. The proms of the show indicate it is a very unique show in many aspects raising the enthusiasm of the viewers. Popular musician Stephen Devassy is also part of the entertainment show as per the promos.  We have provided her the announcement of Lalsalaam-The complete actor here along with Amrita TV Program Schedules.

Mohanlal has a successful year in 2016  which included super hit movie Pulimurugan which collected over 152 crores worldwide shattering all box office records in Malayalam movie industry. This year he has a handful of interesting  projects lined up, including Lal Jose's Velipaadinte Pusthakam, B Unnikrishnan's Villain, VA Shrikumar Menon's Odiyan and Mahabharata etc.

Amrita TV ✔ Vinodadarshan Comment
Amrita TV, malayalam Entertainment Channel is going to launch a new television show -LALSALAM.  The details on the show, its format, are not announced yet.


Actor Mohanlal to host a show for the first time on malayalam television.

Yes, you read it right. For the first time in the history of Malayalam mini screen, Super star of Malayalam cinema, Mohanlal,The Complete Actor is hosting a TV show -Lalsalam. Amrita TV recently launched a logo of the new show on their official channels.

Recent  TV Channels ratings suggest poor performance of Amritatv in TRP ratings as per BARC records.  Will the new show save Amrita TV ? Lalsalam by Mohanlal on Amrita TV is sponsored by Mahalekshmi Silks

The promos shows veteran actor Madhu, Ambika etc in lead roles in this teleseries. The detailed cast and crew of Aparichitha, telecast time, Actor, actress and the characters etc will be updated soon.

The promos show Jayakumar, Praseeda Menon and Kishore in lead roles. The details on director, cast and crew are not available. Detailed star cast of Padmasree Padmavathi will be added later on vinodadardan.com.

Recently many comedy shows attracted viewers including Thatteem Mutteem and Marimayam on Mazhavil Manorama, uppum Mulakum on Flowers TV, Karyam Nissaram on Kairali TV. Now Amrita Tv is experimenting with similar sitcom format in the form of  Padmasree Padmavathi Serial. Padmasree padmavathy most likely replace Aliyan vs Aliyan currently being aired on Amrita TV at 9:00 Pm on Saturdays and Sundays. There will be Amrita TV schedule changes associated with the launching of the new TV show.

The new Magical Entertainment Show 'Grand Magical Circus' will be anchored by Actress Shritha Sivadas and Raj Kalesh as seen from the promos.

Popular Malayalm actor and director Madhupal is directing this teleseries writiten by P.F Mathew, the writer of Kuttisranku movie directed by Shaji N Karun. Many popular tele actors and actresses are part of this tele series in addition to new faces to the malayalam mini-screen. Inspire media in association with PK & associates presents this thriller drama for malayali audience. Music is done by Kallara Gopan.

Nilavum Nakshathrrangalum Story Line :  The story of this serial revolves around love and relationships in life. The complex life of Sethulekshmi is narrated in this serial

Nilavum Nkshathrrangalum Lead actors, hero and heroine: The lead role of Sethulekshmi is played by Actress Shari. Vijay Menon is giving life to the character Dr Mahendran, husband of Sethulekshmi. Gowri Krishnon is the portraying the role of their daughter. 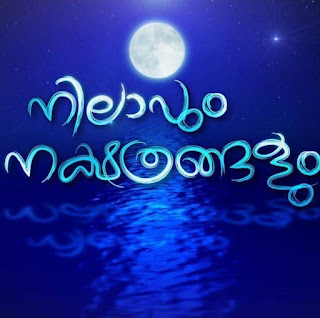 Anjana.J.V.Krishna(14yrs) from Kozhikode won the first prize of this music show. She was the runner up in Surya Singer reality show.

Update: Amrita TV later announced that the final part of Super Star Junior grand finale will be aired on November 6 during 7:00- 9:30 PM only on Amrita TV


The permanent judges of  Amrita TV Super Star Junior 2016 are musicians  Sujatha Mohan, Vijaya Yesudas and Stephen Devassy. Eminent music composers and singers were part of the judging panel.
Nearly 20 contestants were selected for this show. Of these only top 6 candidates participate in this show.  Ridhu Krishna, Ann Benzon, Bhavana, Anjana, Sreelakshi and Rithika are the finalists of this music talent show show. The anchors of the show are Anjali Suresh and Rejith Menon

Amrita TV is going to launch Super Star Junior, the season 5 of the malayalam music reality Show . This path breaking music reality show is for children with age between 8 to 14 years. The audition for super star junior season 5 were completed and the participants were selected based on their performance in audition rounds. Eminent music composers and singers were part of the judging panel.

Super Star Junior on Amrita TV will be launched on 11 March 2016, Friday at 8:PM. This one hour music program will be aired every Friday, Saturday and Sunday at 8:00 -9:00 PM on Amrita TV.

Back Benchers Comedy Serial on Amrita TV from 11 January 2016

Back Benchers is a new malayalam family comedy serial on  malayalam channel Amrita TV . This new tele comedy serial is based on incidents at a college campus  Back Benchers will be telecasted every Monday to Thursday at at 8:PM. The first episode of this new comedy drama will be aired on 11 January 2016 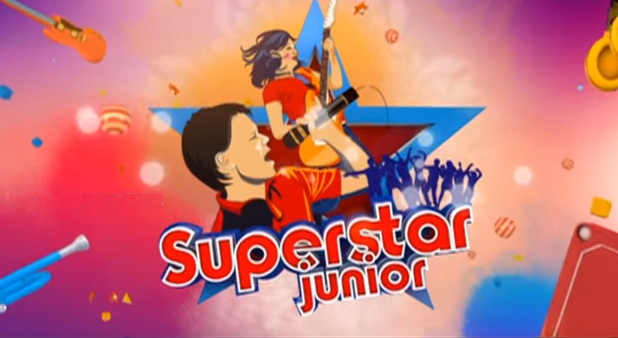 Amrita TV TV News TV Serial ✔ Vinodadarshan Comment
Amrita TV, Malayalam TV channel has announced the launch of a new mega serial 'The Officer'. The new serial will be launched on July 1, 2015. The serial will be telecasted every Monday to Thursday 800 -830 PM. Actor Kishore Sathya is playing a main character of the investigative office in this daily tele series. Other actors in this cine series include Meera Krishna.

The officer is about crime and investigation. It is going to be an interesting thriller to watch. Ithal is another serial currently on Amriat TV starring actress Meera Nair  in the lead role.

Telecast time of The officer Serial  : Every Monday to Friday at 8:00 PM

Amrita TV ✔ Vinodadarshan Comment
Super Star, the music talent search and reality show is one of the first music reality show on Malayalam Television. The contestants were selected after a number of audition rounds. Eminent music composers and singers were part of the judging panel. The winner in each season is determined by the judges and the sms received from audience. The first few seasons of Amrita Tv super star were very successful as the show was unique to the audience. But slowly the interest faded, partly due to the telecast of similar shows in many channels. 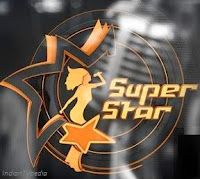 The list of the various seasons of Amrita TV Super Star are given below. The details on contestants, judges, anchors and winneers in each season is also provided. The years when the grand finale was conducted is shown.

The 10th season of Amrita Film Award sponsored by Premier genuine leather will be held on 20 December 2014, at Swapangiri ground in Kozhikode. 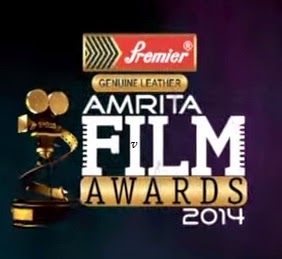 Amrita Film Awards, is one of the prestigious film awards in the realm of Malayalam cinema will be presented in various catogories in a star-studded night filled with with glitter and glamour.

The award show will showcase music and dance performances. Shankar Mahadevan will led the music extravaganza along with Rimi Tomy and Calicut's Thej Orchestra. There will be dance performances of celebrities from Bollywood/Kollywood and include Kainaat Arora, Pia Bajpai, Shamna Kasim and choreographer Sajna Najam & team.