Sthreedhanam is a very popular malayalam serial on Asianet Television. The first episode of the serial was telecasted on 2 June 2012. Sthreedhanam serial has completed more than 500 episodes in 2014 and is still going strong. Currently the serial is telecasted every Monday to Saturday at 7.30 PM. The tele serial has won many awards at the  Asianet Television Awards 2014.

The theme of Sthreedhanam revolves around the life of Sethulekshmi from Palat family, her sons, daughter and daughter in laws.  The story of the serial is centered around Divya of Meledathu family. She is married to Prasanthan, Sethulekshmi's elder son . As she is not from a wealthy family, Sethu Lekshmi tries to create problems in the life of Divya and Prasanthan and ask for more dowry. In the mean time, Sethulekshmi's sons Prasanthan marry Veni and Prasad merries Pooja.   Prashanthan’s cousin, Mayuri also forward to spoil Prasanthan's life.  What happens next ? To know more watch the serial on Asianet TV. 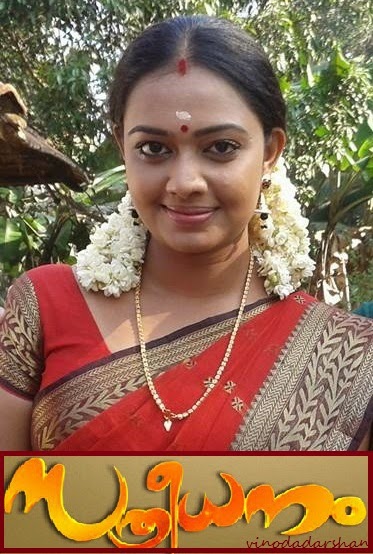