Mazhavil Manorama TV Serial TV Serial-Cast ✔ Vinodadarshan Comment
Rakkuyil is a malayalam serial aired on Mazhavil Manorama entertainment channel. This series was launched on 6 November 2020 and is telecasted every Monday to Fiday at 8:00 Pm with repeat telecast at 10 am. The episodes of this serial are also streamed on manorama max.
Raakkuyil is based on a novel published in Malayalam Manorama Weekly with the same title and written by  Murali Nellanadu. He is also known for Chakkoyum Meriyum serial
Story line : Raakkuyil, is narrated from the point of view of central character Thulasi. She is the quintessential middle child of Karukaran Menon and Banumathi. It portrays the rivalry of Meleppattu Family and Karali Chandran.Rakkuyil serial handling a family story, centre character is Thulasi. She has an elder sister Manasi. Nandu is her younger brother. She is loveable in nature and have concerns about her family.
Hero and Heroine: The show stars new face Archana Nair (replaced by popular malayalam TV actress Devika Nambiar) in the title character along with Sivaji Guruvayoor , Vishnu Prasad and Tamil actors Apsara and Hemanth Kumar (later replaced by Niranjan Nair) in the lead roles.

Asianet TV TV Serial-Cast ✔ Vinodadarshan Comment
Ammayariyathe (also mentioned as Amma ariyathe) is a Malayalam serial on Malayalam Channel Asianet. This series is premiered on Asinet on 22 June 2020 and the episodes are  available on Disney+Hotstar platform
This is a new serial from the team kumkumapoovu, the makers of superhit serial. The story of the serial is a mix of both Kumkumapoovu and Karuthamuthu. Ammayariyathe was introduced by Asha sharath , she played Professor Jayanthi role in Kumkumapoovu. Keerthy Gopinath, Asha Sharath (Guest), Parvathi, Sreethu, Nikhil Nair, Boban Alummoodan, Dileep Shankar, TS Raju plays lead role in this serial  Written by Pradeep Panicker and Directed by Praveen Kadakkavoor. he show is produced by actor Anoop Thomas and Faisal K.
Story Line:  'Ammayariyathe' narrated the story of Neeraja and Aleena, the story of a mother and daughter separated by unfortunate circumstances. The story portrays the life of a daughter (Aleena Peter) who goes in search of her mother Neeraja Mahadevan.
Hero and Heroine of Ammayariyathe
Keerthi Gopinath and Sreethu Krishnan as Neeraja and Aleena. Actress Keerthi Gopinath is know for malayalam television audience for a long time. She is coming back to malayalam mini-screen after a hiatus.   Tamil actress Sreethu Krishnan is known for her show 'Ayudha Ezhuthu'. This is her debut as heroine in a malayalam serial
Ammayariyathe Serial Cast and Crew
Written byPradeep Panicker
Directed byPraveen Kadakkavoor
Producer-Anoop Thomas,Faisal K
Cinematography-Krishna Kodanad
Editor-Selvaraj Kurumbakkara
Music - M. Jayachandran (Music Director)
B.K.Harinarayanan (Lyrics)
Singer -K.S. Chitra (amma padiya ragam -opening theme)
Sujatha Mohan (Manasil oru tharattu)
Actors, actresses and characters of Ammayariyathe serial
Sreethu Krishnan -as Alina (Aleena) Peter
Reena- as Mayor Sulekha
Keerthi Gopinath- as Neeraja Mahadevan
Anand Bharathi- as Vinayachandran
Boban Alummoodan -as Mahadevan
Parvathy- as Aparna Mahdevan
Salmanul Faris- as Akash Vinay
Dileep Shankar- as Peter
Priya Varma / Divya M Nair -as Mrs.Vinayachandran
T.S.Raju- as Mamachan
Nikhil Nair- as Midhun
Arya Sreeram -as Teena
Cherthala Lalitha- as Mamachan's wife
Thrissur Elsy- as Ammachi
Other cast : Thirmala Ramachandran,Jayakrishnan Narayan etc
Asha Sarath -as Herself (episode 1-3)
Meera Vasudevan- as Sumithra in Promo
Gowri Prakash -as Anumol in Promo

TV Serial-Cast ✔ Vinodadarshan Comment
Baakiyalakshmiu is  a malayalam serial on Asianet.  The show was premiered on Asianet channel and streaming on Hotstar since 27 January 2020 from Monday to Saturday at 7:30PM IST. South Indian actress Meera Vasudevan portrays the lead role in the series. This is a remake of  Sreemoyee on star Jalsa. Other versions of this serial are Inthi Nimma Asha (Kannada), Aai Kuthe Kay Karte (Marathi), Intinti Gruhalakshmi (Telugu), Anupamaa(Hindi) and Baakiyalakshmi (Tamil) 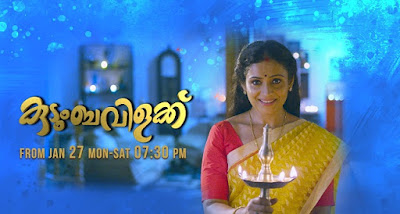 Plot
A woman does not get a moment of rest while doing all the household chores on top of being a dutiful wife, daughter-in-law and mother. Yet, she is never acknowledged or appreciated for her work. It is a story of every woman out there who is being ignored by her family and neglected from giving her care and love.