Actor Artist Profiles ✔ Vinodadarshan Comment
Shaji Thilakan, son of late south Indian actor Thilakan, passed away in Kochi on Wednesday (11 March 2020) . He was 56. Shaji Thilakan was undergoing treatment for liver-related ailments at Amrita Hospital. He is survived by his wife Indira and daughter Abhirami S. Thilakan.


Shaji Thilakan was an employee at Appollo Tyres in Kochi. Unlike his father Thilakan, Shaji did not make a dent as an actor in the Malayalam film industry. He had acted in unreleased 1998 movie Sagara Charithram. However, he made a name as a television actor with his performance in daily soap opera Aniyathi on Mazhavil Manorama Channel, in which he played a negative role. His role as Pookkadan Paulose was well received.

Artist Profiles Child Actress ✔ Vinodadarshan Comment
Gauri P. Krishnan is a child actress and Singer from Kerala, India. She is known to malayalam audience as Anumol/anu mon, the lead character of Asianet channel's super hit music based family serial Vanambadi.
Career :
Guari started her journey as a drama artist. She started her career as actress, singer and dubbing artist for the drama Sneha swanthanam. She won the award for the best singer (professional drama, 2015) instituted by the Kerala Sangeet Natak Akadami for the same. She was second standard student that time. She was also part of the drama in Akasavani (AIR) along with actor Suresh Gopi and Jayaram 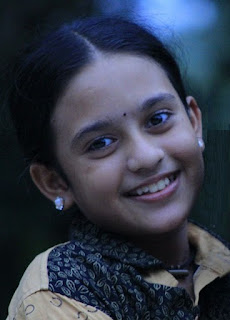 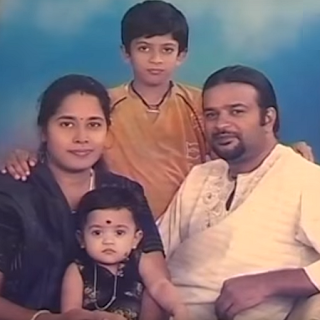 Actress Artist Profiles ✔ Vinodadarshan Comment
Arya Rohit is a Malayalam Television actress. She is also a model and dancer. She got an opportunity to showcase her acting and dancing skills through the reality show by asianet, Nestle Munch Stars, which turned out to be the biggest turning point in her career . She has also hosted shows like Taste Time in Asianet and was active participant of Badai Bunglaw.


Career
She made her debut in  Malayalam Television through the serial 'Officer' director by G.S.Vijayan on Amrita TV. She got a break through tamil serial Maharani , a remake of asianet malayalam popular serial Ente Manasaputhrikku. Following which she appeared in malayalam  Tv serials, Mohakkadal, Kunjiammajum Anchu Makkalum, Achante Makkal, Ardram, Chadralekha and  Sarayu. She became very popular through her character Pooja in the Asianet Malayalam Serial  Sthreedhanam, and as wife of Ramesh Pisharadoy's character in comedy Show Badai Banglow. Her latest Serial is Ishtam on Surya TV. She is one of the contestant of Bigg boss malayalam season 2 on Asianet.


Personal life
Arya is  from Palakulangara in Thiruvananthapuram, Kerala. She is the daughter of Satheesh Babu , accounts manager in Trivandrum Fort hospital, and Prema. He younger sister is Anjana, a college student. She is married to Rohit Suseelan, an IT enginner. They have a  daughter named Roya. They are divorced now.  Her sisters-in-laws  Kalpana Suseelan is a model while Actress Archana Suseelan is a serial actress.
Picture Credit : Actress Arya 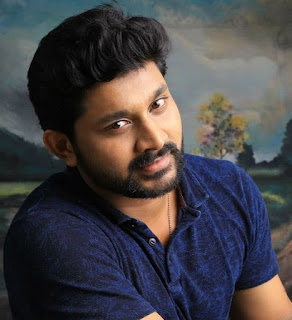 This is the debut serial of Aparna. She is very active in Tik Tok as Aparna Ramesh and has appeared in short films and a movie before taking up this project

Bhramanam, the family drama was launched on 12th February 2018 at 8:00 PM. Bhramanam is written by Joyce revolves and the story revolves around Harilal (hero) and Anitha (heroine) and their daughters Haritha and Neetha. The list of actors and characters are already added here.  It has become one of the top rated serial on Mazhavil Manorama channel. Actor Sajin plays the episodes narrating the life of young Harilal and Winsaagar is giving life to John Samuel. Aparna plays the lead role of Aneeta Thomas (young anitha) in these episodes showing flashback scenes on what happened in the life of Anitha and Harilal.

Aparna is the youngest daughter of Mr and Mrs Ramesh and hails from Thiruvananthapuram Kerala. Her elder brother is a BAMS student. She has completed her high school education from Sree Saraswathy Vidyalayam in Ooruttambalam, Thiruvananthapuram.  She is currently a higher secondary school student in Vazhuthakkadu Carmal girls higher secondary school (12 th grade in 2019).  She is very active in extra-curricular activities, especially dance.

Anchor Artist Profiles ✔ Vinodadarshan Comment
Anchor Renjini Haridas is back to Malayalam Television with  malayalam music reality show Surya TV Super singer. In this show she is co-hosting the show with anchor Dian Davis (DD). Former Miss Kerala Renjini won the heart of Malayali Audience through Asianet reality show Idea Star Singer 2007.She was the host of many seasons. Later her popularity came down due to certain controversies. But she was as usual busy with many stage Shows . However it was the positive vibe she created through Asianet Bigg Boss Malayalam paved her way back to Mini-screen.

Dian Davis, known as DD, was part of many movies and became a household name after  co-hosting  the show with her. Dian rose to fame through the mazhavail manorama acting reality show,Nayika Nayakan which had actor, Kunchacko Boban, Samvritha Sunil and director Lal Jose as judges.

Surya Singer launched on 13th May 2019, on Surya TV have singer Unni Menon, Hariharan, Manjari and Vijay Yesudas as chief judges on the show. In this music program, Renjini appear after a huge make over compared to her usual avatars.

The promos of Surya Singer are available in Surya Television youtube channel. Full videos can be viewed at SUN NXT