Actor Artist Profiles Cine News ✔ Vinodadarshan Comment
Actor Munshi Venu (63) passed away at a at a palliative care centre at Chalakudy, Thrissur, following kidney failure on Thursday, April 13, 2017.  He was suffering from kidney-related ailment and were undergoing treatment. He hails from Thiruvananthapuram and was unmarried and was living alone in a lodge in Chalakudy for the past 10 years.

Actor Munshi Venu (Venu Narayanan) is known for his role in Asianet’s social satire television show ‘Munshi’ as a panchayath member. The show fetched his roels in television serials and movies. Following the success of Munshi, he debuted as malayalm move actor in director Kamal's movie Pachakuthiara starring Dileep  in lead role.

His unique acting and appearance were noted by audience and due to his ill health he took a break from industry. He is said to have severe financial constraints and were not able to go for kidney-transpant treatments.

Sakhavu starring Nivin Pauly in lead role is a political drama. He gives life to the character Krishan Kumar in this Movie, a communist, his life changes after an event in medical college. He portrays two phases of life the in this movie. Nivin's last malayalam movies Action hero Biju, Jacobinte Swargarajyam, Aanandam(as guest) were super hits. So there is high expectation for his new movie Sakhavu.

Actress Aishwarya Rajesh is playing the role of heroine. She is known for her the portrayal of the mother of two kids, in the National Award winning film Kaaka Muttai. Actress and Miss Kerala  Gayathri Suresh will play another lead role.

Sakhvu is written and directed by Sidhartha Siva. His last movie was Kochavva Paulo Ayyappa Coelho(2016) featuring Kunchacko Boban. Sidhartha Siva won National award for  Best Feature Film in Malayalam -  Ain in 2015 and  Indira Gandhi Award for Best First Film of a Director for 101 Chodyangal in 2013

Pulimurugan 3D - the 3D version of Malayalam action thriller movie staring super star Mohanlal will have a grand screening on 12 th April 2017 at 5:00 PM at Adlux Convention centre, Angamaly, Ernakulam, Kerala.  The grand premier show will be attended by Mohanlal and cast and crew of the movie.

How to get tickets to watch the premier show of  Pulimurugan 3D?

To watch the movie, you have to get tickets. and it is available at office of Malayalam entertainment channel Flowers TV Office  in Kadavanthra, Kochi. Another way to get the tickets for the premiere show of Pulimurugan 3D version is by contacting  811991234.

The producer of this mega hit movie Pulimurugan, Tomichan Mulakupaadam is aiming at a Guniees word record under the category of  'largest 3D movie screening' by making more than 20,000 people to watch the first show of Pulimurugan 3D.  They expect to break the  word record is now Hollywood movie Men in Black 3 watched by 6,819 fans at Berlin's O2 World. Get tickets now to be part of the historical event of Malyalam Cinema

A 3D game titled "Pulimurugan" is available for Android smartphone users now. The 2D game is developed by Csharks Games. The news on the video game is shared by Mohanlan on his facebook page. According to developers it is a simple game suitable for first-timers and children. It will be available on Google Play Store for free for just 41 GB.

Puli murugan, directed by Vysakh is ready for its first TV premiere on Asianet on this Vishu (Friday, 14th April 2017 at -7:00 PM)as part of Channels Vishu celebrations. The US viewers can watch it through dish network as  the hotstar and youtube channels are now not available to US viewers 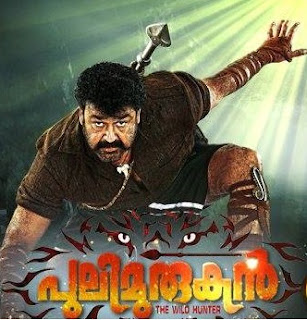 Pulimurugan is a malayalam movie is written by Uday krishna and directed by Vysakh .The film stars Mohanlal, Kamalini Mukherjee, Namitha, Jagapati Babu, Suraj Venjaramoodu, Bala and Laletc. This action adventure film was released on 7th October 2017. The movie has collected over 152 crores worldwide shattering all box office records in Malayalam movie industry.

Oppam (2016)- Malayalam Movie on Asianet
Oppam is a crime thriller movie scripted and directed by Priyadarshan scripted and directed by Priyadarshan. The film released on 8 September 2016 stars Mohanlal,Samuthirakani,Anusree,Vimala Raman,Nedumudi Venu,Baby Meenakshi in lead roles. Oppam produced by Aashirvad Cinemas collected more than 60 crores in box office and was a hit.

The photos were shared on social media. Her friends Actress Manju Warrier and Samjuktha Varma were among the attendees of the function. In this ceremony their horoscopes were exchanged. This is an informal ceremony. A formal one is scheduled to be August or September . The news of Bhavava's marriage were circulating for a while. It is reported that Bhavana met Film producer Naveen during the shot of Romeo (2012). They were in love relationship for more than five years.  Bhavana''s marriage with Naveen was scheduled in 2014 but was delayed due in unexpected death of her father and his mother.

Marriage Date : Official wedding date is not yet announced

The south Indian actress is awaiting the release of Malayalam Film Honey Bee2 and Adventures of Omanakuttan. She is currently shooting for Prithviraj starrer 'Adam Joan'.

Congrats to Naveena and Bhavana. We wish the couple a happy marriage and blessed life

The awards include 'The Silver Crow Pheasant Award' [Rajatha chakoram] for the Best Debut Director and a cash prize of INR 3 lakhs.'Manhole" also won  the 'FIPRESCI Award'for the 'Best Malayalam Film'. The film tells the story of manual scavengers, section of people disowned by society. According to the international jury at IFFK, the film directed Vidhu 'expressed an everyday unnoticed social issue in a simple and important, yet a powerful visual image narrative'a and 'we find a true cinema potential in the director and look forward for her future works'.

FIPRESCI Award is 'for the raw reality with which the film sheds light on the persistent inhumanity of manual scavengers in India, despite its being legally banned, in a cinematically eloquent manner'. Kammattipadam by Rajeev Ravi won the NETPAC award at IFFK 2016 for the best Malayalam film. CLASH (Eshtebak) by Director Mohamed Diab won suvarna chakaoram for the best film and the best director award is bagged by YesimUstaoglu for CLAIR OBSCUR (Tereddüt).

Vidhu Vincent is also the winner of  Kerala State Television Awards 2015 for the short film Nadakanthaym on Media one. Vidhu Vincent earlier made a documentary on a topic related to Manhole named 'Vrithiyude Jaathi'. She also plans to publish an book Daivam Olivil Poya Naalukal- an expanded version of the topic.

Oozham (2016)- Malayalam Movie on Asianet
Oozham is a malayalam movie written and directed by Jeethu Joseph.The film stars Prithviraj Sukumaran, Divya Pillai, Rasna Pavithran and Neeraj Madhav in the lead roles. The film was released in Septemebr 2016 and was a box office hit. This is a thriller movies with revenge and some action.