Movies List ✔ Vinodadarshan Comment
Drishyam 2 On Amazon Prime Video From 19th February 2021 -OTT Release of Drishyam 2
Drishyam 2: The Resumption, or simply Drishyam 2, is a 2021 is the highly anticipated sequel to Drishaym - Indian Malayalam-language drama thriller film written and directed by Jeethu Joseph and produced by Antony Perumbavoor through the company Aashirvad Cinemas.
It is a sequel  Drishyam(2013).  The film stars Mohanlal, Meena, Ansiba Hassan and Esther Anil and playing the same roles from the original. The story takes place six years after the events of Drishyam. Because of its popularity it was remade into four other Indian languages: Drishya (2014) in Kannada, Drushyam (2014) in Telugu, Papanasam (2015) in Tamil and Drishyam (2015) in Hindi. It was also remade in Sinhalese language as Dharmayuddhaya (2017) and in Chinese as Sheep Without a Shepherd (2019), thereby becoming the first Indian film to be remade in Chinese.
The much-awaited sequel to the Mohanlal starrer revolves around Georgekutty and his family, and how their lives have altered post that one fateful night. Drishyam 2 is a gripping tale of an investigation and a family which is threatened by it. Six years after the events of the Varun missing case, Georgekutty and his family now live an upgraded lifestyle. But police is not ready to give up the case. What happens next ? Will they succeed ?
Like Drishyam , this sequel also will be remade to other languages. Malayalam channel Asianet bagged the satellite rights of this movie
Drishyam 2  -review
Drishyam 2 is a gripping tale of an investigation and how Georgekutty and his family face it. Will Georgekutty be able to protect his family this time? This film receives great reviews and imdb.com rating is 8.9/10 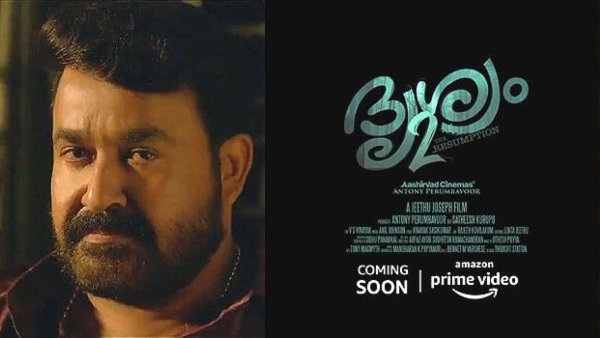 Halal Love Story is the new malayalamm movie getting ready for digital online release. This movie directed by Zakariya Mohammed will be premiered on 15th October 2020 . His debut movie 'Sudani from Nigeria' was a huge success.

Halal Love Story narrated the life of  Thoufeek, an unmarried young man from a very orthodox family, is highly passionate about filmmaking. He is an active member and plays a key role in one of Kerala’s popular Islamic Organizations, which has kept his cinema dreams in halt. He’s approached by Raheem and Shereef with the idea of making a film as an initiative of the cultural wing of his organization. They soon approach Siraj, a popular associate director to don the cap of the director.

Movies List ✔ Vinodadarshan Comment
Onam  Premier and other Movies on Asianet, Surya TV, Mazhavil Manorama, flowers TV, Kairali Tv and other malayalam channels in 2020  are given below. Onam holidays will start on 30th asugust with Thriruvonam  2020 is on Ausgust 31st

Lot of new Malayalam Movie will be premiered during Onam holidays and its previous weeks in August.  The complete list of possible premiers on movies during Onam festival in Kerala can be guessed from  Satellite Rights of Malayalam Movies 20200 given in vinodadarshan.com

Movies List ✔ Vinodadarshan Comment
Malayalam movie ‘Maniyarayile Ashokan’, which is produced by Dulquer Salman, will be released on NETFLIX. The news on the announcement of OTT release of this movie was confirmed by Netflix. The movie will be released online on August 31, on the day of Thiruvonam. Sufiyum Sujathayum was the first movie released by OTT platform Amazon. It was recently confirmed that Tovino Thomas starrer Kilometers & Kilometers would be releasing directly on the channel Asianet TV during the time of Onam.
This news has been confirmed by Dulquar Salman in his social media pages as ""It is going to be an exciting Thiruvonam for us at Wayfarer Films as Maniyarayile Asokan is being released on Netflix on Monday. The film is special for a number of reasons and I am super proud of the team that put together this sweet quirky love story. Can’t wait for you guys to watch it!"
The plot of the movie revolves around the life, love and marriage of the main character Ashokan. Jacob Gregory will play the hero in the movie as Ashokan while Parameswaran is the female lead in the movie as shyama. She also worked as an Assistant Director this movie. Other actors of the movie are  Krishna Sankar,Shine Tom Chacko, Anu Sithara, Onima Kashyap,Sudheesh,,Sunny Wayne,n Ramesh Pisharody,Indrans, Vijayaraghavan, Shritha Sivadas, Dulquer Salmaan 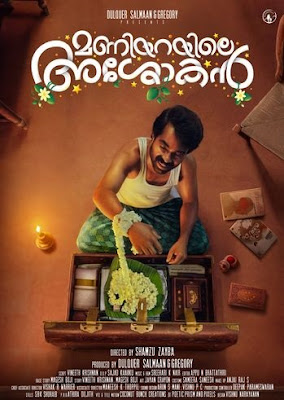 Movies List ✔ Vinodadarshan Comment
Christmas Premiere and other movies during 2019 Christmas are announced by Malayalam Channels. Christmas  Movies on Asianet, Surya TV, Mazhavil Manorama, flowers TV, Zee Keralam, Kairali Tv and other malayalam channels are given below. Lot of new Malayalam Movie will be premiered during Christmas holidays. The list of movies sold to malayaalam channels  can be  seen from Satellite Rights of Malayalam Movies 2019.

Ishq, Ganagandharvan and Ambili are Malyalam movies on Kairali during Christmans

Movies List ✔ Vinodadarshan Comment
Onam  Premier and other Movies on Asianet, Surya TV, Mazhavil Manorama, flowers TV, Kairali Tv and other malayalam channels in 2019  are given below. Onam holidays will be September 8- 15. Thriruvonam  2019 is on September, 11th.

Lot of new Malayalam Movie will be premiered during Onam holidays and its previous weeks in August.  The complete list of possible premiers on movies during Onam festival in Kerala can be guessed from  Satellite Rights of Malayalam Movies 2019 given in vinodadarshan.com

Malayalam entertainement channel mazhvil amnaoram has anounced their premier movies already. They will be telecasted during July to September. In addition to this 10 premier movies , there will be 20+ blockbuster movies from Mazhavil Manorama. Music awards and other events, special programs also will be aired during Onam festival season.

How to watch Mazhavil Manorama serial online  : All premier movies will be available online following its telecast.