Career
Actress Manohari Joy is popular as Sarada, mother of Balu, the main character in Uppum Mulakum family drama. She was an established theater artist and acted in many popular malayalam dramas. That paved her way to Television  super hit comedy serial Uppum Mulakum  by R Unnikrishnan nad now Satheesh Kumar. This sitcom is one of the most popular shows and has crossed more than 1000 episodes.  Her success in mini-screen paved her way to Malayalam Movies /short films

She debuted as a movie actress in Kettyolaanu Ente Malakha (Wife is my angel) is a 2019 Indian Malayalam-language film directed by debutant Nissam Basheer, written by Aji Peter Thankam and produced by Magic Frames. She gave convincing performance as Eliyamma/Ammachi, mother of Sleevachan played by actor Asif Ali. The movie was a hit and her performance was noticed by viewers.  She has also acted in a short film 'Amma' directed by  Princy and Lenin based on a script by Princy Denny

Mahohari is the daughter of Keshava Menon and Ammukkutty in Kottamkulangara, Kannanattu, Alappuzha (Born in 1959). She was interested in dance and music from an young and studied  dance under various experts in this fields. She has also studied at the Swathi Thirunal Music Academy, Trivandrum.

She fell in love with Joy Antony, who runs the amateur drama troupe, Drishya Kalavedi, which was based in Tumboli.  They got married in 1972. After her marriage she moved to Chettikulangara. She worked as a dance teacher for eight years at Chettikulangara High School. Later she  decided to stay firm in the professional theater. She has performed in 36 professional dramas in 18 theater groups for 40 years all across Kerala.

Her husband passed away in 1991. Now she resides in Thumboli,  Alappuzha with her son Prince and grand kids. She debuted in Uppum Mulakum as Sarada, Mother of Balu and he now part of many short films and movies including Kettyolaanu Ente Malakha

Actress Artist Profiles ✔ Vinodadarshan Comment
Arya Rohit is a Malayalam Television actress. She is also a model and dancer. She got an opportunity to showcase her acting and dancing skills through the reality show by asianet, Nestle Munch Stars, which turned out to be the biggest turning point in her career . She has also hosted shows like Taste Time in Asianet and was active participant of Badai Bunglaw.


Career
She made her debut in  Malayalam Television through the serial 'Officer' director by G.S.Vijayan on Amrita TV. She got a break through tamil serial Maharani , a remake of asianet malayalam popular serial Ente Manasaputhrikku. Following which she appeared in malayalam  Tv serials, Mohakkadal, Kunjiammajum Anchu Makkalum, Achante Makkal, Ardram, Chadralekha and  Sarayu. She became very popular through her character Pooja in the Asianet Malayalam Serial  Sthreedhanam, and as wife of Ramesh Pisharadoy's character in comedy Show Badai Banglow. Her latest Serial is Ishtam on Surya TV. She is one of the contestant of Bigg boss malayalam season 2 on Asianet.


Personal life
Arya is  from Palakulangara in Thiruvananthapuram, Kerala. She is the daughter of Satheesh Babu , accounts manager in Trivandrum Fort hospital, and Prema. He younger sister is Anjana, a college student. She is married to Rohit Suseelan, an IT enginner. They have a  daughter named Roya. They are divorced now.  Her sisters-in-laws  Kalpana Suseelan is a model while Actress Archana Suseelan is a serial actress.
Picture Credit : Actress Arya

This is the debut serial of Aparna. She is very active in Tik Tok as Aparna Ramesh and has appeared in short films and a movie before taking up this project

Bhramanam, the family drama was launched on 12th February 2018 at 8:00 PM. Bhramanam is written by Joyce revolves and the story revolves around Harilal (hero) and Anitha (heroine) and their daughters Haritha and Neetha. The list of actors and characters are already added here.  It has become one of the top rated serial on Mazhavil Manorama channel. Actor Sajin plays the episodes narrating the life of young Harilal and Winsaagar is giving life to John Samuel. Aparna plays the lead role of Aneeta Thomas (young anitha) in these episodes showing flashback scenes on what happened in the life of Anitha and Harilal.

Aparna is the youngest daughter of Mr and Mrs Ramesh and hails from Thiruvananthapuram Kerala. Her elder brother is a BAMS student. She has completed her high school education from Sree Saraswathy Vidyalayam in Ooruttambalam, Thiruvananthapuram.  She is currently a higher secondary school student in Vazhuthakkadu Carmal girls higher secondary school (12 th grade in 2019).  She is very active in extra-curricular activities, especially dance.

Actress Artist Profiles ✔ Vinodadarshan Comment
Ranjani Raghavan  is an  Indian actress working mostly in Kannada Television Serials and Films. She is well known as Gowri after playing Putta Gowri's role in  most popular television serial airing on Colors Kannada channel.  She is also a singer, model,  script writter and creative director. She is currently acting as the heroine, (Pournami) in  Malayalm TV serial Purnami Thingal on Asianet.

Career
Ranjani started her career as actress by playing a role "Putta Gowri" popular television serial Putta Gowri Maduve aired on Colors Kannada channel during 2014-2018. This serial based on colorsTV hindi serial Balika Vadhu and directed by Ramji fetched her name and fame. This paved her way to Kannada movies  "Rajahamsa" directed by Jadesh Kumar Hampi (2017) and Takkar by Raghu Shastry (2019). In 2019, she debuted as  creative director ,script writer and Co-producer of Kannada serial  "Ishta Devathe" on Colors Kannada

Ranjani debuted into the Malayalam Television field as the heroine of the new Malayalam serial  Pournami Thingal on Asianet. She plays the central Character of the serial Pournami. Pournamithinkal was launched on 29th  April 2019 . This new series is telecasted every Monday to Saturday. Pournamithinkal is directed by Ajay Narayan based on a malayalam script by Ganesh Olikkara. Other star cast include Sai Kumar, Chitra Shenoy etc.


Personal life
Ranjani Raghavan  hails from (born on  March 29, 1994) Bangalore. She attended the BEL High School in Bangalore and then joined BEL Composite PU College. She has completed Bachelor’s degree in Commerce from Sheshadripuram Institute of Commerce and Management .

Actress Artist Profiles ✔ Vinodadarshan Comment
Malayalam actress Priya Raman is back to Malayalam television after a short break through flowers Tv serial  Arayannangalude Veedu. She began her career with the Tamil movie "Valli" and made her entry into Malayalam films with I.V. Sasi's "Arthana.".She is one of the most popular actress in the 1990's and her movies include Sainyan, No. 1 Snehatheeram Bangalore North,Aaraam Thampuran , Indraprastham etc. During this period she was equally active in Telugu, Tamil, Kannada and Hindi Movie Industry.

Priya Raman debuted to Malayaalm Television Industry through Snehatheeram ,serial on DD Malayalam . Following which she acted as heroine in many Malayalam and Tamil serials including Durga, Porutham, Snehatheeram,Kavyaanjali , Orma , Pavakoothu etc . She left the industry following her marriage to Renjith and they got divorced in 2014. She became active again in 2018 through Zee Tamil serial Sembaruthi. Recently she appeared in Malayalam Talk show Onnum Onnum Moonnu on Mazhavil Manorama Channel hosted by Rimi Tomy.

Now, Priya is back on malayalam miniscreen as Priyalekshmi, the heroine of flowers TV serial Arayannangalude Veedu. This new serial is going to be launched on 31st December 2018 at 7:30 PM. The serial is directed by Paul Mykkvu. V K Baiju and Swapna Thomas are the other lead actors of this serial

Latha Sangaraju is an established television actress known for her roles in Telugu Television serials. Kante Koothurne Kanali, Rama, Koilamma, Kumkuma Puvvu,Swathi Chinukulu, thene manasulu serial  are her serials. Most of these serial appeared in Star Maa Television channel. She is also part of TV shows like 'Cash'

Latha Sangaraju debuted in to Malayalam Television industry as heroine of Neelakuyil on Asianet. She plays the role of lover of the hero Adityan played by Nithin Jake Joseph.  Neelakuyil is from Ross Petals entertainments and is produced by Jayakumar is another super hit mega serial after the popular Kumkumapoovu and Chandanamazha Serials. Neelakuyil is directed by Manju Dharman

Neelakuyil is a popular serial on  Malayalam entertainment channel Asianet . The first episode was aired on February 26th, 2018 at 7:30. Since then Malayalam serials viewers can watch the serial every Monday to Saturday at 7:30 PM.

Surbhi Jyoti is the actual name of the heroine of the serial Naga Kanyaka 3, story about snake-womans. It is the dubbed version of Colors TV Show Naagin3. It has Season 1-3. The first two seasons are already aired on Colors TV. Now it is the turn of Surya TV followers to watch Season 3. Nagakanyaka 3 will be launched on August 20, 2018 at 9:00 PM. Mouni Roy  was the heroine of will be part 1 and 2 and she will be part of Nagakanyaka serial of Season 3 of this series. Naagin3 is aired as Naagini in Tamil/Telugu version. 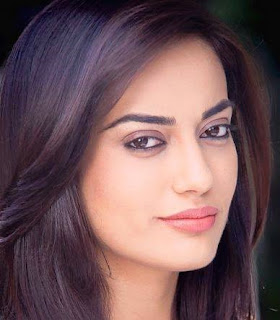 The story of Naagin series is written by Mrinal Jha,R M Joshi,Neha Singh and directed by Santram Varma, Chandni,Niraj, Lalit Marathe, Rakesh Chowdhury. Shobha Kapoor and Ekta Kapoor are the producers of this TV series under Balaji Films

Mouny Roy played the role of Shivanya in Naga kanyaka. In the second season  of Nagaknaya she will play the aged version of Shivanya and the younger version of her daughter Shivangi. Shivangi dies without getting to know why her father and husband betrayed her by plotting her murder. However, she vows to come back for her revenge. Watch Nagakanaya 3.The third season of Naagin 3 stars Surbhi Jyoti, Anita Hassanandani, Pearl V Puri in lead roles

Who is Surbhi Jyoti ?|  Surbhi Jyoti-Biography
Surbhi Jyoti is a TV actress and model from Jalandhar, Punjab, India. Jyoti completed her education from Shiv Jyoti Public School and Hans Raj Mahila Maha Vidyalaya. She has received a Master of Arts degree in English from Apeejay College of Fine Arts. Jyoti started her career with regional theatre & films and as a radio jockey. Later she acted in Punjabi films Ik Kudi Punjab Di, Raula Pai Gaya and Munde Patiala De as well as the Punjabi television series Akiyaan To Door Jayen Na and Kach Diyan Wanga before trying her luck in Bollywood. She is known for her role in the hindi TV series Qubool Hai. Currently, she plays the lead role of Naagrani Roohi/ pseudonym Bela (an Ichchhadhaari naagin, who can change shapes according to her wish) in Nagakanyaka 3 .

Surbhi Jyoti as Bela in Nagakanyaka 3

Pearl V Puri is the hero of Naagin 3, the third season of the Colors TV's popular show . Its malayalam dubbed version  Nagakanaya 3 serial will be aired every Monday to Friday at 9:00 PM after its launch on 20th August 2018. The serial can be watched using SUN NXT application of Sun TV network and promos in Surya Television official youtube channel