Career
Navami started her journey in entertainment industry as a model. She also participated in Indian fashion league season 1 and is a model of many including A.Gireepai jewelers.

Navami debuted as a film actor as the heroine, Snehaprabha, of ‘Njan Ninnodu Koodeyundu (2015)’ by National Award winning director Priyanandan . Siddharth Bharathan and Vinay Forrt in lead roles were the lead actors of this film . She was also part of 'Yanam Mahayanam (2016)' by director Kannan Sooraj , 'Thoppil Joppan(2016) directed by Johny Antony and 'Romanov (2016)' directed by M.G. Sajeev . She will also be seen soon in Tamil Films. 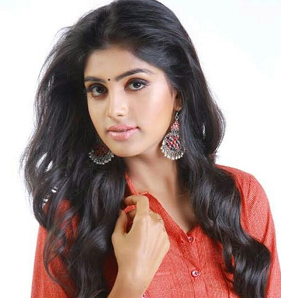 Navami Gayak as Television actress Navami debuted into Malayalam television industry through Surya TV malayalam serial GAURI . Gauri is a new malayalam serial soon to be launched on Malayalam Channel Surya TV on 29th January at 7:00 PM. It  is directed by Venu Chelakkot and tells the story of a  bold girl with the name Gauri.  The role of heroine Gauri is going to be a turning point in her career


Personal Life Navami Gayak hails from Wayanad, Kerala. She is the daughter of Murali and Prameela. She has an younger sister named Nandana. Navami completed her studies at St. Mary’s College Higher Secondary School Sulthan Bathery. She was a student of ACT LAB Enakulam, an acting institute, that helped her to fine tune her acting skills. She was very active participant in school youth festivals and sports competitions and has represented Vayanad district for Boxing competitions. She has also participated in Ottan Thullal, skit and drama competitions. It was the drama that paved her way to film world.
image : facebook ;Tag: Gauri serial heroine name, Gaury surya tv serial actress ; celebrity profiles