In this comedy serial Juhi plays the role of  Lekshmi, elder daughter of Balachandran and Neelima.  Biju Sopanam plays the role of  Balu (Balachandran) and Nisha Sarang as Neelima (Neelu).  The role of Lekshmi's sibling are portrayed by  Rishi S Kumar  (as Vishnu /Mudiyan) , Shivani Menon (as Shivani/Shiva) and Al Sabith (as Kesavan/Keshu). 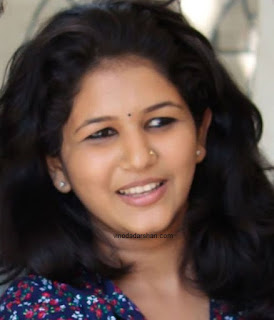 Juhi's character in this serial 'Lechu' represents a teenage girl having lazy, jealous, naughty, bullying nature, but at the same time very loving and caring.  The natural acting and effortless portrayal of  Lechu by Juhi, won her many fans among malayali audience.  Even though she has got enough opportunity to showcase her acting potential, she is not interested take new projects now as recently revealed in an interview to continue her studies. Following the success of Uppum Mulakum which reached more than 300 episodes, she became part of many  shows including  Comedy Super Nite and Sreekandan Nair Talk Show on Flowers TV


Personal Life and Family
Juhi Rustagi hails from Ernakulam in Kerala. She is a half Malayali. Her mother is from Chottanikkara.  She has a brother and is doing his engineering studies.  She has completed her schooling from Bhavans Munshi Vidyashram, Thiruvankulam, Ernakulam. Due to busy shooting schedule she opted for open school system to finish her higher secondary studies in commerce. Juhi likes to continue her studies and has not committed any other project now. Juhi got opportunity to act in Uppum Mulakum when director R.Unnikrishnan spotted her among his daughter's classmates.
Tags: Uppum Mulakum actress Lachu photos, Uppum Mulakum actress Juhi Rastogi, Juhi Rastogi as Lachu, Lekshmi in Uppum Mulakum, uppum mulakum lachu real name,wiki