Dini started her career as a television anchor for Malanadu Online channel (Mukhangal )when she was a school student. She later hosted shows like Club Class in Safari channel and Valkkannadi in Asianet while working as a lecturer in nursing college. These programs gave her opportuniity in Malayalam TV serials. to pursue her passion in acting she quit her teaching job. 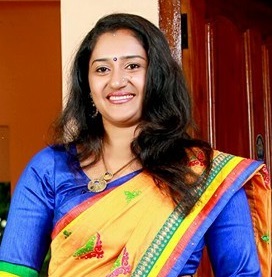 Dini debuted as a malayalam television serial actress through the serial Pattusari on Mazhavil Manorama Channel directed by A.M Nazeer. It was followed by Sarayu, Jalakavathil, Sthreedhanam, Thoovalsparsham, Vadhu, Chavara Kuriakose Achen, Vazhvemayam, Mahadevanpilla Malayalam Vadyar, Sangamam, Vellanakalude Nadu , Chandanamazha ans Chechiyamma. She has a record of acting in four serials at the same time in 2015 - as Dr Devika in Vadhu (Surya TV), as Varada in Sthreedhanam(Asainet), as ACP in Sangamam (Surya TV) and as Aswathy in Thoovalsparsam. She got a break as Varada in Sthreedhanam,one of the popular serial on Asianet with more than 1000 episodes to its credit.  She later captured the attention as Jasmine in Chandanamazha serial on Asianet. Her presence in all these hit serials made her well-known among malayali audience.

Dini also debuted as a film actress through the movie Theeram directed by Saheed Arafath. She also participated in Malayalam TV shows Smart Show on Flowers TV and dont do dont do on Asianet plus

Personal life and family details
Dini is the daughter of  C M Daniel and Susamma Daniel, retired teachers, from Chandanapally, Pathanamthitta, Kerala. She has a brother and sister, both are settled in USA.  She completed her schooling at Sarvodaya Vidyalaya School, Thiruvananthapuram.   After completing post graduation in Nursing (MSc), Dini worked as Lecturer at Chitra Institute of Medical Sciences And Research Centre Pandalam. She is married to Mr. Mathews Philip (general manager in a three star hotel in Trivandrum) and they are blessed with a daughter, Angela. Dini quit her job as a nursing college teacher to pursue a career in acting.