✔ Vinodadarshan
Awards
Television Awards
The first Flowers Television (TV) Awards for 2015 has been announced on January 2016. The awards in 15 categories were selected by a Jury lead by malayalam actor Madhu. Eshwaran Sakshiyayi, a thriller serial writteb by Bobby and Sanjay and aired on Flowers won the best Serial awards while the most popular serial award was bagged by Manjurukum Kalam serial on Mazhavil Manorama.

Actor Kishore Sathya won the best actor award for his role as Balachandran in Asianet Serial Karuthamuthu. Actress Sreelaya bagged the best actress award for portraying Kuttimanni, the central Character of Moonumani Serial on Flowers TV. The TV awards were distributed in a star studded event on 23 January 2016 at Kizhakkambalam in Ernakulam. The complete details of the awards show and the winners are given below. Kitex is the main sponsor of Flowers Television awards distributed in 2016 and the show is powered by meriboy ice cream and Bhima Jewellers. This is the first time a malayalam channel is announcing awards for performance among all Malayalam channels. 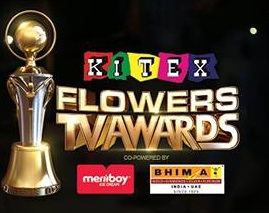 Award night and Event : 23 January 2016 at  Kizhakkambalam in Ernakulam
Anchor of the show : Renjini Haridas

Flowers TV, launched in April 2015 is currently among the top3 Malayalam Channel.Famous media person Sreekandan Nair is the mastermind behind this channel. This new channel is airing very interesting and entertaining programs and has attracted malayali audience all over the world. The new TV Awards is another step in improving the popularity of Flowers TV to new height.