Charutha Baiju is a Malayalam  film and television actress. She is also a dancer, anchor and model. Charutha came to the lime light through Veegaland ad while in first standard. Charutha has won many prizes in Kerala State and District level youth festivals for classical dances like Bharathanatyam, Mohiniyattom and also for Folk dance, Ottan Thullal, Monoact etc. Apart from her career as anchor and actress, she appeared in more than 30 ads and various musical albums. She was also the runner of Miniscreen Maharani contest. 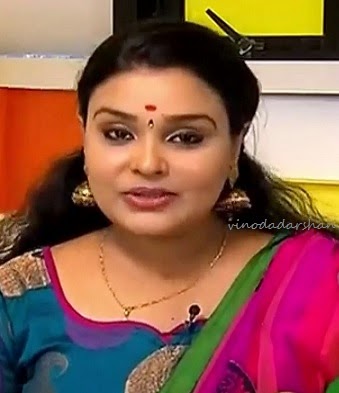 As Anchor
She also showcased her anchoring skills through Kairali TV's Tharolsavam Show. For that she got best anchor  award. She has also hosted musical shows in Asianet and Kairali We.

As Television Actress
She made her debut in Malayalam Television through the serial 'Achante Makkal' on Surya TV. She got a break through Mazhavil Manorama Serial , Pattu Sari. She became very popular through her character Anjali in the Asianet Malayalam Serial  Chandana Mazha, as character Anjali , Oormila Devi's daughter

As Film Actress
Chrutha made her debut  in movies through tamil movie Dhandayundapani at an young age. Her first malayalam movie was Rashtram, following which she appeared in many malayalam and tamil movies . Some of them include  A Piravu Manarvakal, Senior mandrake, Inspector Garud, Anthi Ponvettam, Bhoomi Malayalam, Ee Pattanathil Bhootham,Calendar,Stalam, Thanichalla Njan,  Javan of Vellimala etc


Personal life
Charutha is  from Thripoonithura in Ernakulam, Kerala. She is the daughter of Baiju and Sreelatha. Her parents are doing Business. Her younger sister is Chandana. Charutha very enthusiastic about her studies, she is currently doing LLB