Asianet Plus Asianet TV TV Serial-Cast ✔ Vinodadarshan Comment
Mounam Sammadham is a Malayalam Serial to be aired on Asianet Plus . It is the translation of Hindi Serial Iss pyar ko kya naam doona - telecasted on Star Plus from 6 June 2011 to 30 November 2012. The original version was directed by Arshad Khan and Lalit Mohan . The serial has 398 episodes.

Asianet Plus is going to telecast the serial  soon from Monday to Friday at 900 PM as Mounam Sammadam .

Theme of the Serial :  The serial drama is the love story of Arnav and Khusi.  Arnav is a rich, arogant bussiness tycoon whereas Khusi is a simple girls from a traditional family.  The story tells how they met, fall in love and faced different hurdles on their way and finally end up in  a happy marriage and life.

The role of Arnav and Khusi was  initially played by actor Karan Singh Grover and actress Shraddha Arya . Later they were replaced by Actor Barun Sobti and Actress Sanaya Irani.


The hindi serial was dubbed and remade into various Indian languages. The English sub-titled version of this serial was telecasted on Life OK. Tamil dubbed versions of the serial Idhu Kadhala? on Vijay TV and Telugu language varsion is Choopulu Kalasina Subhavela on Maa TV Telungu. It was also aired in Pakistan on channel Urdu 1. This serial was also remade in to various languagess. Kannada version of this serial is Aragini which aired on Suvarna TV, and in Bengali language it iss Bojhena Shey Bojhena.


Cast and Crew of Mounam Sammadham

The original Hindi version was written by a group of authors:

Actors and The characters in Mounam Sammadham Serial

Asianet Plus TV Serial-Cast ✔ Vinodadarshan
Swayamvaram is a Malayalam Serial aired on Asianet . It is the translation of Hindi Serial Saraswatichandra - currently airing on Star Plus & DD National Mondays through Fridays. The series is based upon the Gujarati novel Saraswatichandra (novel) by Govardhanram Tripathi. The show stars Gautam Rode and Jennifer Winget. 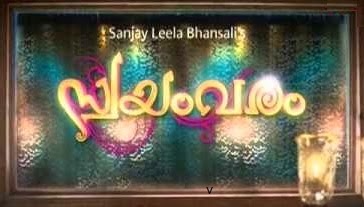 Actors/Actresses  and their Roles in the serial