✔ Vinodadarshan
Celebrity News
Star Wedding
Famous malayalam Actress Urvashi married Shivan (Sivaprasad) in a private ceremony n Chennai followed by registered marriage in November 2013. She confirmed the news on second marriage in an interview to a malayalam magazine. The bridegroom Sivan is leading a construction company in Chennai. Shivan is originally from Punaloor, Kollam.

It is an arranged marriage with the blessings of both of their families. Shivan is a close of friend of Urvashi's brother Kamal (late). After the marriage, both of them are living in Chennai.

Urvashi added that Shivan came to her life as a friend in 2009. They took 4 years to know each other and now they have entered into married life.


It is the first marriage of Shivan and second marriage of Urvashi. Urvashi married Actor Manoj K Jayan on 11 October 2000. It was a love marriage. However, they got  divorced in late 2008. They have a daughter Tejalakshmi. She is now living with Manoj K Jayan. Later Manoj K. Jayan married Asha and they have son named Amrit.

We wish them a happy married life! 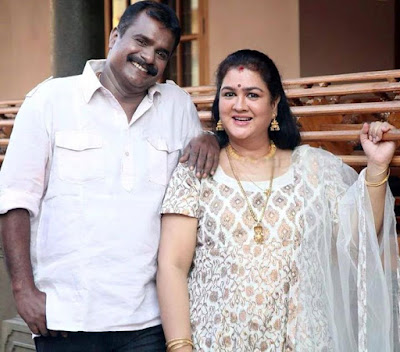 Urvashi and Shivaprasad are blessed with a baby boy. As per reports both mother and baby are doing fine. This is Urvashi's second child. She has a daughter with her first husband Manoj K Jayan, named as Thejalekshmi (Kunjatta). The news on pregnancy were confirmed by her in April 2014. 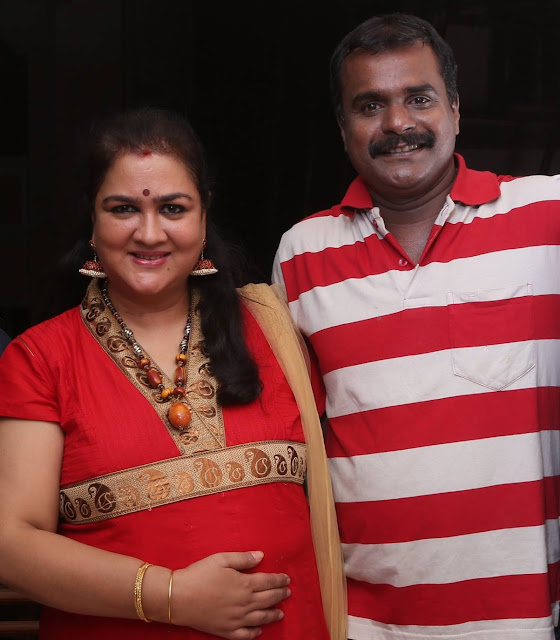