✔ Vinodadarshan
TV Serial-Cast
Kannante Radha is a new television serial on Malayalam Channel Asianet launched on 26th  Novmeber 2018 . This new series is telecasted every Monday to Friday. It is the dubbed version of hindi serial ‘RadhaKrishn’ being aired on Star Bharat since 1st October 2018. It is also aired as Radha Krishna on Tamil Channel star Vijay.


Kannante Radha serial Story Line
Kannante Radha is is the epic love story of Lord Krishna and Radha. The enchanting love story of Radha and Krishna, where the ecstasy of love and the pain of separation are weaved together to teach humankind the true essence of love. This story has attracted audience in all seasons. The TV serial also narrates the obstacles in their life. The story of birth of Krishna, his life with Yasoda and Nand , rage of Kansa against Lord Krishna or misconception of Shridama about Radha etc are narrated after studying the details of the epic story.

Kannante Radha serial  serial hero, heroine, actual names and  the main characters
Sumedh Mudgalkar (as Krishna/Kannan), Mallika Singh (as Radha) are lead roles in the show. Sumedh Mudhgalkar started his career from the dancing reality show Dance Maharashtra Dance, he was also part of the Dance India Dance. Later he played a significant role in Chakravarty Samrat Ashoka. This 22 year actor was also part of Marathi Movie. Malika Singh  is a newbie in the industry 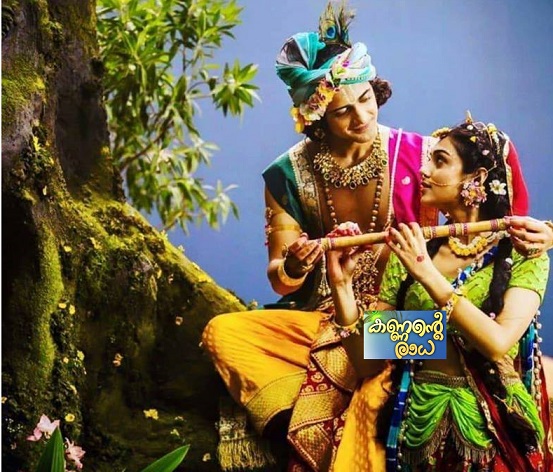