Sreeram started his career as an assistant art director with Sunil Babu in Tamil film Ghajini and Villu while studying for his engineering degree. That is when he got a chance to debut in malayalm movie industry through Vineeth Sreenivasans directorial debut movie 'Malarvadi arts club' (2010) along with Nivin Pauly. It was followed by 'Thattathin Marayathu'. These two movies were super hits. He is has worked in many Tamil and Kannada movies as assistant art director before staring in Malayalam Films. 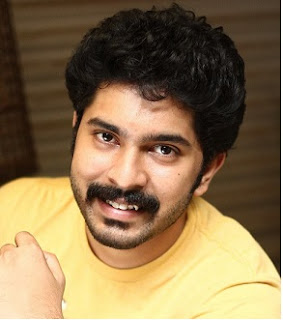 He started as a television actor through Amrita TV program 'Just Fun Chumma' as the character Anand. This series directed by Pramod Mohan paved his way to a full time role in the Shyamaprasad movie Artist starring Fahadh Fazil and Ann Augustine in lead roles. His first musical album Ninayathe sung by Vineeth Sreenivasan directed by Ganesh Raj was released which was well received by music lovers.

Later he became part of many short films and Albums ( Just Married by Sajan Joseph, Lets take a break by Pramod Mohan, Aliveni by Jairam Ramachandran,Rollie by Abhay Stephen ,Across the Ocean by Uma Kumarapuram -Nicole Donadio, Padippura by Rajeesh Raj, Nuzhainthaley by Ganesh Raj etc). He also did a TV commercial with the legendary actor Mohanlal for Kannan Devan tea. He is now acting in Orayiram Kinakalal-Malayalam debut movie of Pramod Mohan, Gambinos by Gireesh Panicker . He will also be part of upcoming Anjali Menon film starring Prithviraj and Nazriya. Sreeram debuted as the hero of mega serial through Asainet Malayalam Serial Kasthooriman directed by Sunil Karyatukara.  It was launched on 11th December 2017. Sreeram gives life to Jeeva, a character with negative shades, someone who is slightly arrogant and has no qualms about playing with the emotions of a girl he marries. His effortless portrayal of that character help him to became very popular among malayali audience.

Sreeram Ramachandran hails from Kozhikode, Kerala. His father Pala CK Ramachandran is an accomplished senior carnatic musician and also the primary disciple of Sri.Semmangudi Srinivasa Iyer. Sreeram did his schooling from Chinmaya Vidyalaya Kozhikode and pursued engineering degree in electronics from AWH Engineering College, Kozhikode. His brother Jayaram Ramachandran is a graphics designer and animator in the film industry.  Sreeram is now settled in Kochi with his wife Vanditha and their daughter.