✔ Vinodadarshan
TV News
Popular Malayalam actress Meghna Vincent -heroine of Chandanamzha- has decided to quit the very popular Chandana Mazha  serial currently aired on Malayalam Channel Asianet. She also quits the Tamil version of the serial  Daivam thanta Veedu serial on Star Vijay. She better known as Amrita in Chandanamazha to malyalai audience and as Seetha in Daivan thanta Veedu to Tamil Audience.  Who will be the new Amrita, we will update soon.

Chandanamazha is a remake of Star Plus hindi Serial 'Saath Nibhaana Saathiya' has completed 980 Episodes. It is one of the longest and successful serial on Indian Television. Ever since, Meghna decided to quits the serial, false news is spreading in the social media that she was eliminated from the serial for reasons known to the team. But she clarifies that she quits the serial herself to concentrate on her marriage . It was impossible for the Chandanamazha serial team to grant her more than 30 days leave. So decided to quit. She will be taking a break of nearly 3 months to focus on most important event on her life- her marriage.


Update:Vindhuja Vikraman to play the role of Amrita in Chandanamazha 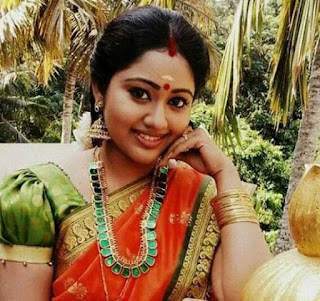 Meghna is going o Marry Don Tony, brother of actress Dimple Rose. We have earlier posted details of her engagement and betrothal ceremony details Her marriage with Don Tomy will be held on April 30, 2017.

It is also reported that she already signed new project that will start within three months of her marriage. She has acted in Swami Ayyappan, Autograph, Parinayam, Indira,  Mohakkadal, Swargavathil , Chakravakam, Amala etc  before taking up Chandanamazha serial

Meghna has acted in one Tamil feature film, Kayal and Malayalam movie Parankimala