✔ Vinodadarshan
TV Serial-Cast
Ottachilambu Serial Cast Actors Actress Names : Ottachilambu is the Malayalam horror serial launched on Mazhavil Manorama Channel. The first episode was telecasted on 24th October 2016. This horror thriller TV series is aired every Monaday to Friday at 8:30 PM. Binu Vellathooval is the director of the serial with a script by Rajesh Puthanpurayil. The highlight of the serial is the return of Malayalam film actress Nithya Menon back to mini-screen after a break. She plays the central character of the serial Symandakam. Child actress Manjadi plays the role of Devootty.

Ottachilambu is the story of revenge by Syamthakam with the help of Adi Keshavan. Swayamthakam was burned alive. To take revenge of her murderers she enters the body of Devooty, daughter of Ambik and Andrews.  Both of her parents were killed in an accident. But Syamanthakam fells in love with Adi Keshavan. What happens next? 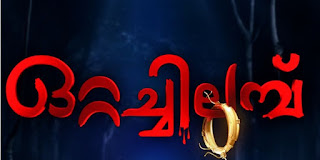