✔ Vinodadarshan
Actor
Artist Profiles
TV Shows
Malayalam film and television serial actor Kochaniyan (R. Govinda Pillai) passed away on Tuesday morning, 17 May 2016  at a private hospital in Kollam. He was 72. He was diagnosed with cancer and was under medical treatment for some time. However, his condition worsened and was admitted to the hospital. His funeral will be held on the grounds of his house in Aythil on 18 May 2016. He is survived by his wife G Nalinambika and two daughters, Swapna & Pinki (son in laws are Shaym P Nair and G.S Narayanan) 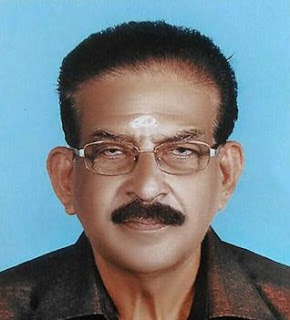 Kochaniyan, after completing his graduation from Fathima matha College, joined Indian Railways in Bangalore and worked there 1972. He later served as the senior manager of the Kollam District Cooperative Bank. He has pursued his acting career even while on service.

Kochaniyan has more than 20 years experience as theatre artist. He has acted in 25 movies and nearly 100 television serials. He has debuted as a theatre artist through Assisi Arts Club and Kollam Mela. His role in Kalidasa Kala Kendram's  drama Sati directed by O. Madhavan, gave him much awaited break in his acting career.

He later debuted as a television actor through the popular Malayalam television serial, Arabikkadalinte Rani on Doordarshan. It was soon followed by his film debut in Balachandra Menon’s Sesham Kazhcvhayil. He also acted in Mr. Menon’s April 18 and Prashanam Gurutharam . In addition to this he has acted in Samooham, Pakshe, CBI Diary Kurippu, Cheppadi Vidya, Nerariyan CBI ,  among many others

Kochaniyan's hit serials include Vamsham, Sthree, Murapennu, Snehatheeram, Black and White, Maunameghangal, Hamsageetham,Vadhu, among many others . His last serial was 7 Rathrikal on Asianet, which he couldn't complete due to health issues.