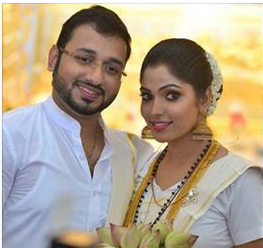 The simple marriage was followed by a grand and colorful wedding reception at Gokulam Park in Kochi. For the glittering event Muktha wore silk Sari and gold ornaments, while Rinku Tomy opted for a off-white suit. The reception was attended by many celebrities from the cine and television industry in addition to friends and relatives from both sides.

The couple got engaged on Sunday, 23 August at St John’s Baptist Church, Palarivattom, Kochi. We have earlier poster photos of their engagement ceremony. 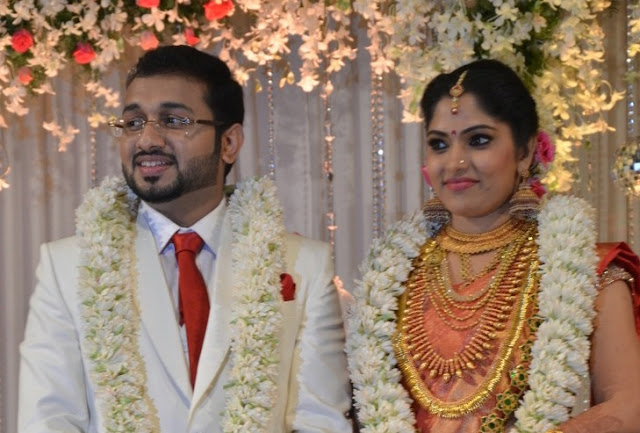 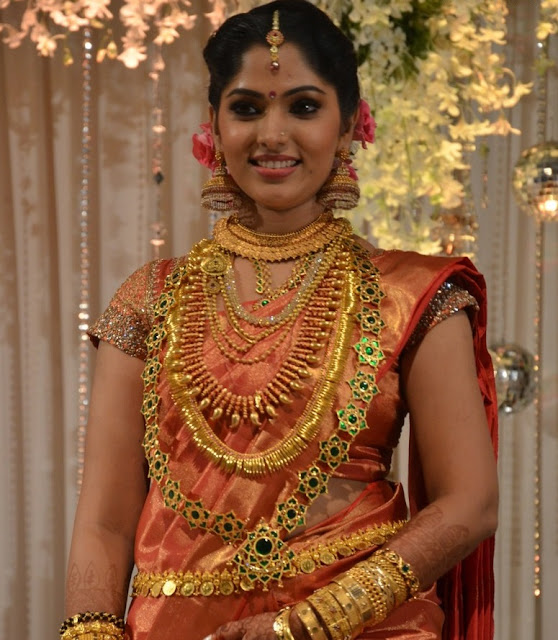 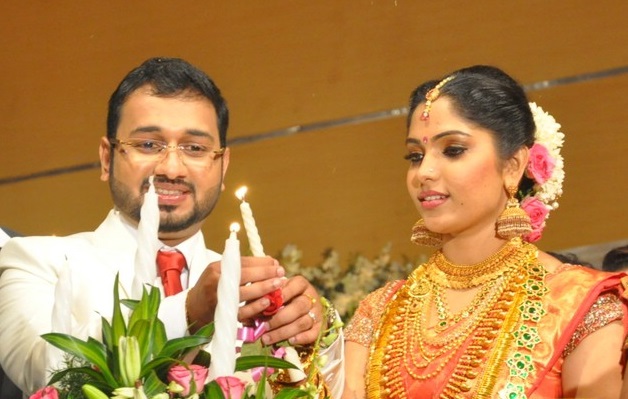 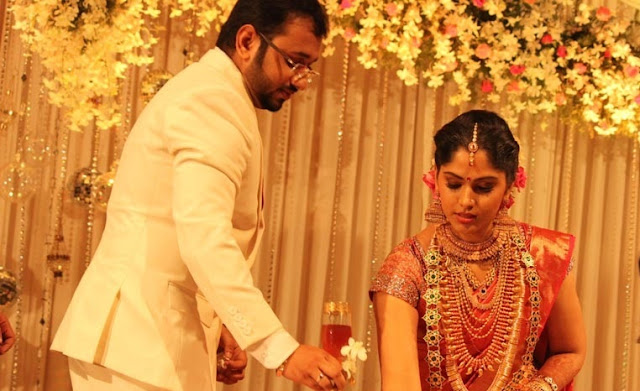