✔ Vinodadarshan
Celebrity News
Star Wedding
Actress Saranya Mohan Marriage News, Engagement Photos
Actress Saranya Mohan has announced her marriage with Aravind Krishnan thorough her facebook page on 12 July 2015.  The groom Aravind Krishnan is from medical field. He is currently working as a lecturer in Sree Sankara Dental College in Varkala,Thiruvananthapuram. The engagement took place on 12 July 2015 in Saranya's home in Alappuzha in the presence of family and Friends. 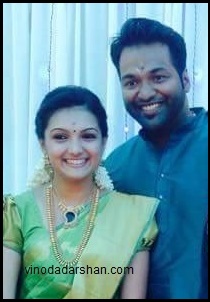 Marriage Details : Actress Saranya's wedding with Dr Aravind Krishnan will be on September 6, 2015 at Kottamkulangara Temple in Alappuzha.

Actress Saranya has appeared in more than 30 films including those made in Malayalam, Tamil, Telugu, Kannada and Hindi Languages. She debuted into movies as a child artist in Fazil's superhit movie Aniyathipravu. This is followed by movies in Tamil and other languages both as heroine and in supporting roles. Her role as Kaveri, sister of actor Vijay's character in Velayudham gave her girl next door image among film viewers. She is  best known for her performances in Chemistry, Velayudham, Yaaradi Nee Mohini and Vennila Kabadi Kuzhu. Saranya was the heroine of all the versions of the hit movie Vennila Kabadi Kuzhu remade into Telugu and Hindi languages.


"I am taking this opportunity to officially announce you all about the most important day of my life that is about to come...my marriage...I got engaged today to Aravind Krishnan, Doctor by profession. Please do pray for me even after marriage. Thanking you all for the love and support" 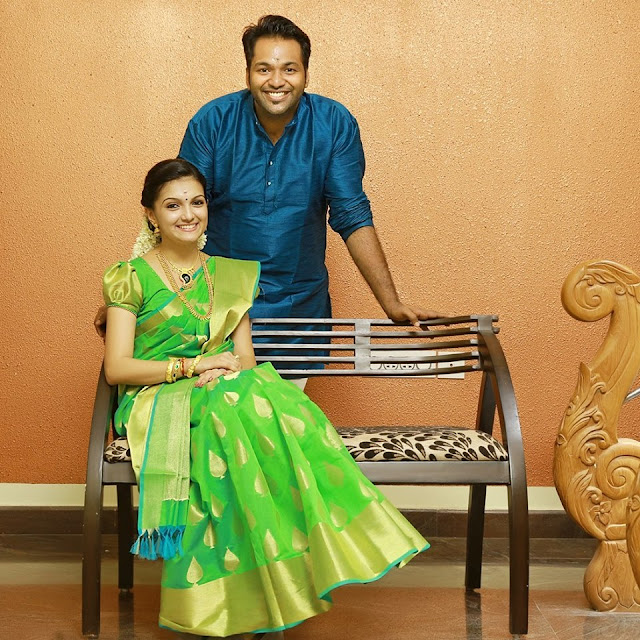 Saranya (26 years) is the eldest daughter of Mohan and Kalamandalam Devi from Alappuzha, Kerala. Her parents are trained classical dancers  and runs their own Y.K.B Dance Academy in Alappuzha. Saranya is also a singer and trained dancer in Bharathanatyam. She has a younger sister named Sukanya. Saranya has completed BA in English literature from St. Joseph's College for Women, Alappuzha.  Now she is perusing MA in English Literature from Annamalai University in Tamil Nadu.

Arvind from Venganoor in Thiruvanandapuram is the son of Prof Krishnan Nair and Anitha G Nair. He has a sister, Anoopa. Anoopa is also a college lecturer. Anoop has a dental clinic in Kovalam. He is also working as a lecturer in Dental College Varkala.


As the talented actress enters a new face in her life, we wish her a blessed married life!