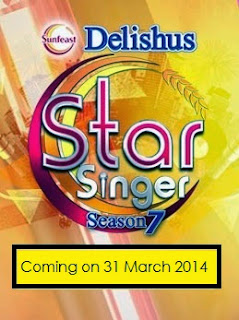 The Season 7 of the most popular music reality show on Malayalam Television ' Star Singer ' is going to start on 31 March 2014 on Asianet. This is one of popular music talent search show in South India as well.

There are many surprises in store this time.

The music reality show will be aired every Monday to Thursday at 800 PM.

The season 7 will not have any anchor for the first time in Star Singer Seasons!  The judges themselves will be acting as host of the show.

Judges of  of Star Singer Season 7

M.G Sreekumar, Rimi Tomy and Anuradha Sreeram will be the permanent judges of this music reality show.

Apart from permanent judges, personalities from music, cinema and other fields will be brought in as celebrity judges like the earlier seasons.

There is will be 17 participants aged between 16 ans 23 years. Will bring you soon more details. The audition for idea star star singer was held at various locations across Kerala on 16 and 23 February 2014.

Most of the contestants in Star Singer 7 are seasoned singer and some of them are finalist or winners of other music reality shows in malayalam television.

Unlike the earlier seasons where the participants were supported by supported by professional dance troups, this time malyalam television serial and cinema artists will be performing along with the contestants.

Earlier six seasons were sponsored by Idea Cellualr limilated. This time it is Details of Delishus Star Singer Season 7 Audition sponsored by SunFeast.

The inaguartion of the Delishus Star Singer Season 7 on Asianet was done by Super Star Suresh Gopi in presence of the contestants, the judges M.G.Sreekumar, Rimi Tomy and Anuradha Sreeram. 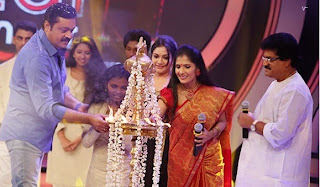 Prizes waiting for the Winners of Star Singer Season 7