Idea Star Singer fame Arun Gopan is going to marry Nimmy Nair on 22 December 2013. He was the third runner up of the asianet Idea Star Singer 2007 show. The engagement was on April, 2013

He is an ayurvedic doctor by profession. Now he is a full time Singer. Arun is from Kozhikode and Nimmy Nair is from Kanjangadu. She is a post graduate with MBA working as HR executive. Arun Gopan -Nimmy Nair Engagement photos below 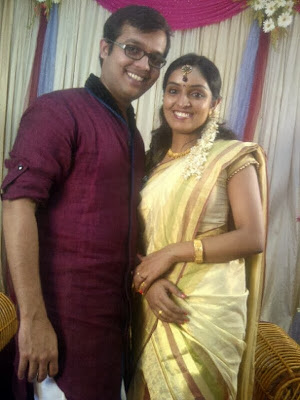