Malayalam Television Reality Shows Zee Keralam ✔ Vinodadarshan Comment
Malayalam GEC Zee Keralam launched a new couple reality show Titled as Mr and Mrs on October 4th 7 PM. This show is telecasted after the successful season of SaReGaMaPa-Keralam. The show titled, Mr & Mrs will have many exciting elements from its presenters, judges, and famous couple pairs. This show is similar to  Made for each other  and  Veruthe Alla Bharya -a popular show on Mazhavil Manorama
Popular Malayalam TV, anchor Govind Padmasoorya is back with this brand new show. The actor-turned-TV host will be seen as a judge in this show for couples. The show is expected to be a fun roller-coaster ride featuring 8 viral couples who are already extremely popular in the social media circles. Some of whom have over million followers on Social platforms.
Interestingly, Sa Re Ga Ma Pa Keralam fame Jeeva Joseph and wife Aparna Thomas will be hosting the show. This is the first time that the most adored couple in social media will be sharing screen space in a television reality show.
ZEE Keralam promises this show to be an amazing show in a unique setting. Mr and Mrs is a unique show featuring competition between the happy couples. The show has selected 8 couples . They will compete with each other to win the title of the best Mr. & Mrs. Their special skills and hidden talents including their hilarious original content will be showcased through various outdoor and indoor tasks. The show promises to be a fun ride for the audience.
Anchors
Sa Re Ga Ma Pa Keralam fame Jeeva Joseph and wife Aparna Thomas
Judges
Govind Padmasoorya
Contestants
Ajith – Dona [Thodupuzha Idukki]
Bibin – Jesna [Perumbavoor, Ernakulam District]
Meeth - Miri [ Kannur District ]
Nikhil – Lena [Varkkala of Trivandrum District]
Nishar – Shejitha [Thrissoor District ]
Renjith – Riji [Kottayam District]
Sanju – Lakshmi [ Adoor, Pathanamthitta District]
Sumith – Hima [ Kodungalloor, ThrissurDistrict ]
#ZeeKeralam #JeevaJoseph #GovindPadmasoorya #AparnaThomas #ZKMrandMrs #MrandMrs 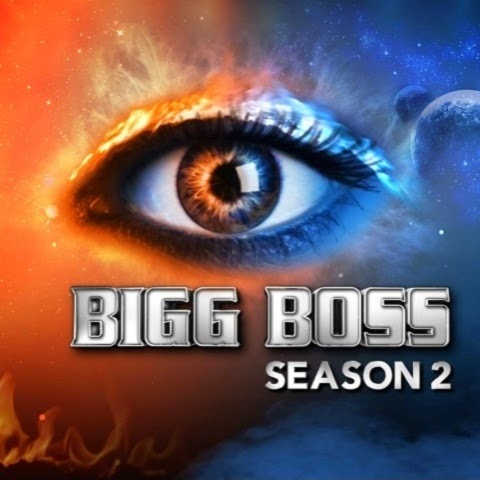 Bigg Boss Kannada 2 (BBK2) is the second season of the Kannada reality television series Bigg Boss Kannada.  This show in Kannada Language was launched on 29 June 2014. There were 16 contestants, out of which only four remained in the finals. The contestants lived in the Bigg Boss house for 99 days completely isolated from the rest of the world.