Putting an end to all speculations, malayalam Actor Dileep finally approached family Court  in Ernakulam seeking divorce from his Actress wife Manju Warrier on June 5, 2014-to end his marriage of 16 years. He has also filed another petition, seeking an in camera trial and non disclosure of the matters raised in his petition to the media. He submited that


Ernakulam Family Court gave an order preventing the publication of the content of allegations raised by Dileep against Manju Warrier,after considering the petition. The court is  expected to hear the case on July 23 and the two have been asked to be present in person on that day.

Dileep and Kavya Madhavan married -Photos Dileep alleges cruelty and mental torture from his wife as the main reason for seeking divorce. They were living separately for more than one and a half years. They got married in 1998.

Associated with the divorce news so much rumors and speculations are spreading in the media. Infidelity was reported to be the reason, but sources close reveals incompatibility as the main reason for divorce.

It is also reported that they didnt agree to a mutual divorce to safeguard their interests.  Their daughter preferred to stay in Kochi with Dileep. This created some speculation against Manju Warrier on being a mother who neglect her child. But family sources reveal that  Manju has been a dutiful, loyal wife and an exemplary mother who had been regularly visiting Meenakshi’s school and looking after her needs as a loving mother. Sources also reveal that Manju Warrier don't want to create problems for her daughter and may not be keen on a long custody battle.

But Manju Warrier didnt respond anything on this issue to the media, so the speculations will continue. They only know the truth.

It is true that earlier reports on divorce were false. Some of the associated old reports are given below. 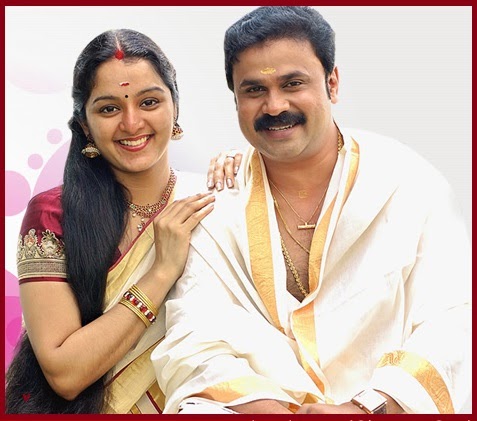 Dileep Reveals the reason for divorce in a recent Magazine interview

In a recent interview to a womens magazine and during a press meet,  Actor Dileep confirmed that the news about his separation with Manju Warrier and their mutal divorce is indeed true.

The real reason appears to be his disagreement on Manju acting again in movies. Dileep wanted her to remain as house wife. He said to the media that he did not want his wife to act in movies again, which Manju didnt listen and  all attempts to compromise went in vain.  He also added that he is trying to get out of the shock as he still not able to belive that Manju walked out of his life. They led a very happy married life for last 14 years.

Their daughter preferred to stay in Kochi with Dileep while Manju is living with her parents in Thrissur. The divorce case is still going on at Thrissur Family Court and the counselling part is not yet over.

Manju is now active in different fields. She made her come back to dance through a performance in Guruvayoor and in many stages active in advertisements, released a new book Sallapam and is going to come back to movies through Roshan Andrews movie How old are you. She also opened an official facebook page to interact with her audiences.

Manju Warrier recently changed her name from Manju Gopalakrishnan to Manju Warrier in her passport . This declaration was reported by various newspapers adding fuel to the news that both Manju and Dileep( his original name is Gopalakrishnan)are indeed going to separate.

Recent report by the media indicate that the news is true and the divorce petition is given at Thrissure family court on mutual consent.

However, a source close to the family says. "They have not filed for a divorce. Manju is currently with her parents at Pullu, Thrissur. Dileep and daughter Meenakshy are in Kochi. They have been staying apart for a while, that's all," .

Though there has been intense speculation about the couple’s supposed appearance at the Thrissur Family court to file a joint divorce petition in the last month, it has been a no-show so far. A source close to the family says, “A divorce cannot be ruled out! Manju has been staying at her home in Thrissur and her daughter is with Dileep. She is very serious about her dance and will take that forward.” Manju had recently been to Coimbatore for a rejuvenation therapy.Her new ad with Amitabh Bachan for Kalyan Silks also appeared in the media.

There have been lot of speculation about the divorce  of Dileep and Manju warrier. Almost all of the main media reported many speculations. So far either Dileep or Manju Warrier didnt comment on this topic.

Actress Manju Warrier Books Lifestyle ✔ Vinodadarshan Comment
Sallapam is the first book of Manju Warrier.  The second edition of the memoir of famous actress Manju warrier is released by DC books. Its first edition was completely sold out.

This book has 13 chapters. In this book Manju warrier narrates the coincidences that have been happening in her life for some time. 'Sallapam' is the compilation of the autobiographical articles published with a name Oru Poo Viriyum Pole in Grihalekshmi Magazine by Mathrubhumi. 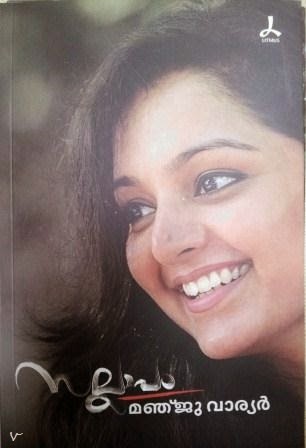 The official launching of the  book was Oct 4, 2013 at a function organised as as part of the 18th International Book Festival in Thiruvananthapuram. Bhagyalekshmi, members of Tranancore royal family and other celebrities from film world attended that function.

On her talk during the book release function Manju Warrier said, “I am not a writer. I am not even confident about my vocal abilities. However, with the right guidance I could write this book,”.

In this book she narratesd her experience during her journey as a girl from a small village 'Pullu' in Thrissur district in Kerala to celebrity till today. The memoirs includes recollection of events in school youth festival,during her entry into the film world and her life so far as celebrity, in a honest and simple way.

Manju Warrier is a popular malayalam Film actress. She rose to fame with just 20 movies, with a debut film Sakshyam. She got the title of 'Kalathilakam' in Kerala State School Youth festival two times.

She married malayalam actor Dileep on 20 October 1998 and they have a daughter named Meenakshi. She is also the winner of Kerala State (for the movie Kannezhuthipottum Thottu) and National film (Special Mention) awards for best actress.

Actress Manju Warrier, who quit the film industry 14 years ago, is all set to return to the big screen through Roshan Andrews movie ' How old are yow'

Manju Warrier's comeback film is 'How Old Are You', directed by Rosshan Andrrews-Watch the first shot

Actress Manju Warrier TV News Admin Comment
It is now confirmed that the first come back film of Manju warrier after 14 years will be How old are you. Earlier reports said that  Manju Warrier is coming back with Renjith's Movie G for Gold starring Mohanlal in the lead. But after completing the script he felt that the movie cannot offer Manju a meaty role. So they dropped the idea of having her in that movie.

The very first shot of Manju Warrier's comeback film 'How Old Are You', directed by Rosshan Andrrews will be shot at the venue of Kochi Half Marathon. Kunjacko Boban will the hero of this movie.

Actress Manju Warrier, who quit the film industry 14 years ago, is all set to return to the big screen opposite superstar Mohanlal. According to Renjith, who will be directing the film, the film's shooting will begin in November. The film is being produced by Antony Perumbavoor.

Her movie with Renjith -Mohanlal team ' Aaram Thamburan' was a super hit movie. Can we expect the same again?

When she left the scene, she had starred in 20 films and won numerous awards including a National special jury award for her acting in "Kannezhuthi Pottum Thottu" (1999).

The reports about actress Manju Warrier's comeback to films have been often hitting the net ever since she performed dance at Guruvayoor temple and in other public events. She also launched a website and official Facebook Page.

Her return was on the cards ever since she, along with Amitabh Bachchan, did a film for a jewellery shop recently.

After the successful launch of website and official Facebook Page page, Manju warrier will be celebrating her return to film field with the release of her memoirs  through  Grihalakeshmi magazine and the literary work has been titled ‘Oru Poo Viriyum Pole’.

“Oru Poo Viriyum Pole” (Like the blossoming of a flower) is the autobiography of Manju Warrier which will start appearing in Grihalakshmi from August issue.

Actress Manju Warrier TV News ✔ Vinodadarshan
Manju Warrier Launched her offical facebook page.
Manju Warrier is returned to Camera and She talks about her experience in Facebook. Her Facebook profile is

Manju Warrier has relaunched her acting career with an advertisement featuring one of the legends of Indian cinema Amitabh Bachchan.

After a long break of 14 years, Manju has returned with an ad of Kalyan Jewellers, directed by V A Sreekumar. She enacts a modern girl who enjoys watching TV with Bachchan in the visiting room.

Speaking to media about her second innings, Manju said, she was happy that she could be back along with Big B. "This is the first time I have met Amitabh and his presence has increased my confidence level," she added