Malayalam television serial stars Mridula Vijay and Yuva Krishna tied the knot on 8th  July , 2021, Thursday in a traditional ceremony held at Attukal temple in Thiruvananthapuram attended by close friends and relatives.
Mridula, a native of Thiruvananthapuram, is the daughter of Vijayakumar and Rani. Yuva Krishna is the youngest son of Krishnaveni, a music and dance teacher.
Their wedding engagement function was held on 23, December 2020:  Mridula -Yuva wedding engagement photos 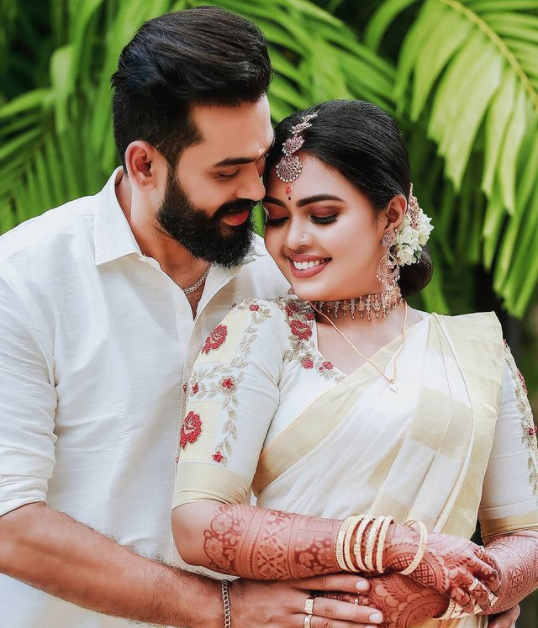 Yuva Krishna is known mainly for his role as Manu s Manu Pratap in Manjil Virinja Poovu. He was also part of  several other TV series. His father is a Kathakali artist. His mohter Krishnaveni is a dance-music teacher. He has two sisters named Nandini and Nadhitha
Its an arranged marriage.  Both families considered the proposal through a common friend.   Apart from acting, Yuva is passionate about mentalism and magic. Mridula is a dancer too 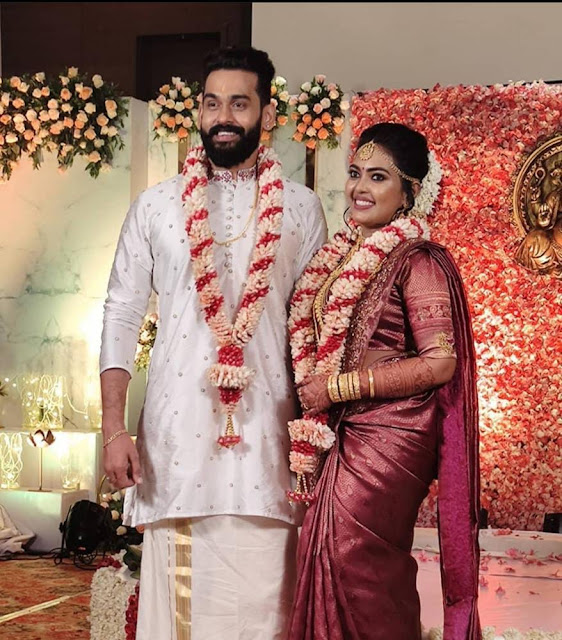 Mridula shot to fame through her debut Malayalm Serial Kalyana Sougandikam on Asianet. She is best known for her roles in Bharya, Krishna Thulasi., Kalyanasougandhikam and Pookkalam Varavayi. She has also been a part of movies including Tamil films Nooram Naal, Jennifer Karuppayya and Malayalam films like Infinity and Next Token Number Please etc. She is the daughter of Vijai Kumar and Rani from Thiruvananthapuram.  Mridula is also a trained classical dancer. She has sister named Parvathi.
Photogenic Weddings are official photographers of engagement function. They shared more more photos in their social media page which are trending now.