✔ Vinodadarshan
Actor
Artist Profiles
Actor Sreejith Vijay known for his Malayalam movies is going to debut on malayalam television through Surya TV's malayalam Serial Avaril Oral. He will play the role of  male protagonist , Madhav Mohan, in this serial.The serial will be aired on the channel from December 18, from Monday to Saturday at 8 pm.

Sreejith started his career as a model and later became part of movies and television industry as an actor. He has also worked as a Radio Jockey in a Radio Station in UAE along with Meera Nandan during the period October 2014 to February 2016

Sreejith Vijay in Movies : Sreejith Vijay debuted as malayalam movie actor through "Living Together"- a 2011 Malayalam supernatural romance film written and directed by Fazil. However he rose to fame through TK Rajeev Kumar's Rathinirvedham, remake of Bharathan classic movie with same name. Later he acted in many malayalam movies but couldnt make a mark. He also acted in tamil movies Oduthalam(2013) by Sasi Mohan and Chennai Koottam (2016)by Lohit Madhav.

Sreejhith Vijaj on Malayalam Television : He debuted as an anchor through Season 1 of D4Dance. Sreejith Vijay was one of the host for the first few episodes of  Idea D for Dance on Mazhavil Manorama later replaced by Govind Padmasoorya. 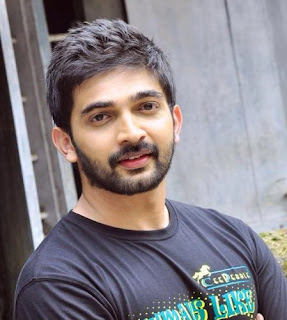 Personal life:
Sreejith hails from  Thripunithura, in Kerala. He was born on 28 March 1986 in Thripunithura to Vijayan and Rema. After completing B. Tech in Computer Science & Engineering he entered the field of modeling , mainly for Bhima Jewels, Reliance Communications etc..  He has a younger brother, Saurav. He is now engaged to Archana