✔ Vinodadarshan
Anchor
Artist Profiles
Gayathri Arun will host the new game show the peoples choice on Asianet. The malayalam entertainment channel Asianet has bagged popular actress Gayathri Arun for this show as promoted through their new show promos in social media and television.

The people's Choice  is a new game show on Asianet. The new TV show will be launched on 10th July 2017 and the first episode will be aired on the same date at 9:30 PM. The peoples choice on Asianet will be aired every Monday to Wednesday at 9:30. The promos shows the new game show in a very unique format. The participants of the show are required to express their view on the various topics like current issues, socio – economic problems, cinema, literature etc. to win the prizes. 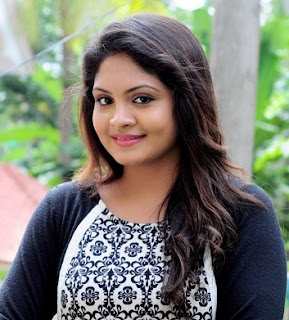 Gayathri Arun  is known to malyalam audience as Deepti IPS in super hit serial Parasparam on Asainet.  Parasparam is the  Malayalam Television Serial on Asianet directed by Sudheesh Shankar and produced by Ross Petals. The serial is number one among all the malayalam serials according new TRP ratings by BARC. Paraspram is the remake of popular hindi serial Diya Aur Baati Hum broadcasted on Star Plus.

Gayathri Arun started her career as television actress through Mazhavil Manorama serial Indira. The title role of the serial was initially played by actress Sujitha. Gayathri essayed the role till the climax episode. She had hosted shows on Kairali TV, Jaihind TV and Shalom TV (eg: Kalalayavarnangal and Gandharvasangeetham ) and compered stage shows before taking up the acting career. Gayathri has also worked as RJ in FM Channel earlier. This unique experinece is giving her a great chance to host a show on Asianet.

We have earlier posted the details on How to Participate in the people Choice on Asianet ?  on Vinodadarshan.com. The information on format , prize money, show director etc will be updated soon.
Tags: anchor of the peoples choice on Asianet