The groom ,Nivil Chacko Kappukalayil, is an engineer at Alkout industrial projects & co in Kuwait. He is from Payyannoor and has completed BTech from Cochin University of Science and Technology 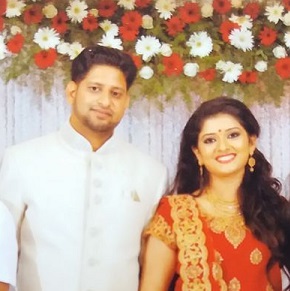 She made her debut as Television Actress through Surya TV Serial Kanmani. Sreelaya's debut as the heroine of serial was through the character Bhagyalekshmi in Mazhavil Manorama Television Serial Bhagyadevatha. Following this serial she appeared as Kuttimani in  Flowers TV serial Moonumani . She won best actress award at the Flowers TV Television Awards 2015

Sreelaya was the heroine of Malayalam Movies Kutteem Kolum and Manikyam. 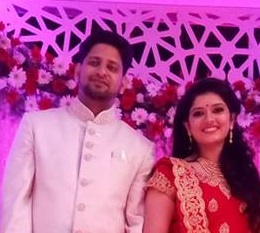 Sreelaya is the daughter of Jose and Malayalam Serial / Cine actress Lissy Jose. She is the elder sister of Malayalam Actress Shruthi Lekshmi. Sreelaya has completed BSc nursing.


The pre-wedding and marriage photos of Sreelaya are shared by Sandeep Namboothiri and ivory tusk events on social media.