✔ Vinodadarshan
Actor
Artist Profiles
Anish Rehman (also referred as Aneesh Rehman) is a dancer, actor, anchor, choreographer and performer. Anisha is now playing the role of hero Abhijith  in top-rated serial Manjurukum Kalam on Mazhavil Manorama channel. Abhijit is the love interest of the heroine Janaki (played by Monisha), title character of the serial.
Career
As Dancer : Anish is known mostly as a dancer and the winner of many reality dance shows. His extra ordinary talent is very well showcased in Amrita TV dance reality show Amrita TV Super Dancer(2007). He got second prize (first runner up) in that show. Later, he participated in Kalaignar TV's dance show Maanada Mayilada Season 5 in 2010. Rehman along with Shivani were declared the first runner up of the show. Along with his brother Ajeesh Rehman, Anish Rehman, participated in Vijya TV's Jodi NO1 Season 5 and won 3rd Prize. Anish Rehman was the title winner of Jodi No1 Season 8 on Vijay TV

Read full story : Rehman and Sofia are the winners of Jodi No 1 Season 8 Grand Finale on Star Vijay 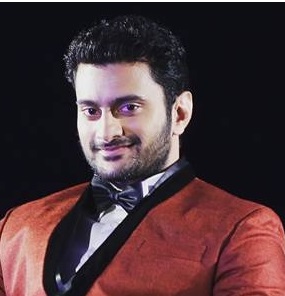 As Anchor : He hosted the dance reality show Kairali TV's  dance party during 2013 to 2014

As Actor: Anish's journey as a dancer give him opportunities in movie industry as well. He starred in Jayaraj’s ‘Of the People’ and tamil movie 'Thalaiva'. He has also appeared in Malayalam short films and music videos including Sooraj Sukumar Nair's Otta Oruthikalum Shariyalla and Anamika 2.

Anish debuted as a Television actor in lead role  through  Manjurukum Kalam the family drama written by Joycee (Story, Script and Dialogues). The serial is being telecasted on Malayalam channel Mazhavil Manorama. He plays the role of Abhijit, hero of the serial.

As Choreographer: Anish choreographed for a number of reality shows and stage shows. Recent one is Asianet Television Awards 2016.


Anish Rehman-Personal Details : Anish hails from Thiruvananthapuram. He has completed his schooling from St. Mary's Higher Secondary School, Pattom, Trivandrum and his under graduation in Physics from Mar Ivanios College. He worked as assistant test engineer Infosys for a while. His brother Ajesh Rehman passed away. Anish is married and settled in Chennai 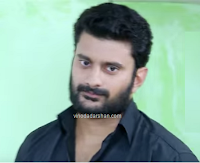 Manjurukumkalam (Read more:Novel Story) tells the story of Janaki, her journey as the adopted daughter of  Vijayaraghavan and his wife Rathnamma. This serial tells the life of Janaki kutty for 25 years and how she become a strong women despite of her hardships in her life. Janaki met her love interest Abhijit, brother of her close friend,  when studying for 12th grade.  His father comes and asks for a marriage alliance. But Ratnamma insults him and he leaves ans she stopped Janikutty from continuing her studies. But fate was in favour of Janaki, she was brought to her mothers home by her grandfather, completes studies and prepares for civil service. She won elections and became the minister . It is then that she came to know about Abhijith again.

The mature role of Abi is portrayed by Anish Rahman. The role of Janaki is played by Monisha . The role of Abhijit  in teenage was done by Vineeth.  The title role of Janaki is done by many child actors. They are Kezia,Niranjana, Greeshma ,Vedhika ,Nikitha and Monisha. The full list of cast and crew of this serial are given here (Manjurukum Kalam-Actors and actresses)
Tags: Anish Rahman manjurukum kalam, Manajurukum kalan actor abhijith, Abhijith hero Aneesh