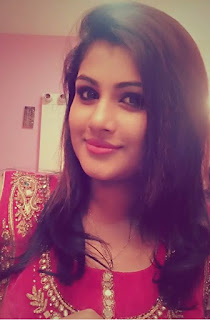 Alina Padikkal started her career  as television anchor through the program Butterflies on Malayalam Channel Asianet. She won Kerala State Television Award in 2005 for the above program and establish as a versatile TV host. She later hosted many shows and programs on  various malayalam channels including Asianet Plus, Kairali TV, Surya TV and Kiran TV. She gained much popularity through the program Aarppo Irro , reality show for television artists. She co-costed the show with Baiju Jospeh. Alina later anchored  Smart Show  on Flowers TV along with Sreekandan Nair. She is also the host of Comedy Circus  on Mazhavil Manorama

She debuted as the heroine of tele-serial through Bharya  on Asianet directed by V.K Gireeshkumar under Risesun banners. In this serial she plays the role of Nayana, wife Nandan-sond of Viswanthan and Jayaprabha.  Soon after her marriage with Nandan, wicked Nayana creates problems in their house, with the support of her parents and brother. The character is Nayana, with shades of grey, is already noted by the malayalam audiences.