Nyla Usha is the anchor of the brand new game show 'Minute to win it' on Malayalam Channel Mazhavil Manorama.  The channel picked actress, model and Radiao Jocky  Nyla Usha to host the reality show. Minute to Win it is the Malayalam adaptation of International game show with the same name. This  new game will be launched on April 9, 2016 at 9:00 PM. 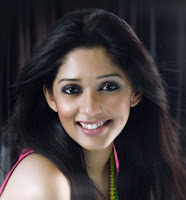 Nyla Usha is the daughter of Gopakumar and Usha Kumari. After completing her studies at Holy Angel's Convent, and All Saints College, Trivandrum, Kerala, she moved to Dubai, UAE in 2004 to join the radio station Hit 96.7 where she currently works as a radio jockey. Nyla got married to Rona Rajan in 2007 and they have a son named Aarnav.

Nyla Usha became familar face to malayalm audience after her debut as an actress through Mamootty starrer, Kunjanathante Kada. Her latest movie is National Award winning movie Pathmari by Salim Ahamed, where she appeared in a cameo role. She has also acted in Punaylan Agarbathis, Gangster and Fireman are her other malayalam movies. She won Asiavision Award for Best Debutant Actress Kunjananthante Kada in 2013 and Masala Award for Best RJ in 2012. Now it is her turn to show case her talent on malayalam Television show. 2

Minute to Win it will have 82 episodes and it is the Malayalam version of  popular game show that run successfully in 60+ countries already. Mazhavil Manorma channel is all set to launch this new game show in partnership with Endemol Shine. The first season will span over a period that cover  festive seasons of like Vishu, Ramzan, Onam and Christmas and include celebrities as the contestants. It is a game show where the contestants take part in a series of 60-second (1-minute) challenges that use objects that are commonly available around house.The contestant is needed to complete a certain level with 60-seconds time period and need to complete each and every levels to reach the Top of Money Tree with Three Lives. The winner of the show will be awarded Rs.10 Lakh Rupees as cash prize.