Actor Vivek Gopan-Biography, Family Details| Sooraj in Parasparam Serial :
Vivek Gopan is an Indian actor mostly working in Malayalam Television Serials and Movies. He is also a cricketer and model. He is best known for playing the role of Sooraj in Malayalam TV serial Parasparam.

Career
Vivek  started his career as a cricketer. It was the dream of his father to see Vivek as a cricketer. He was part of school, college cricket team. He also participated in Kerala State cricket championship. Vivek has been a left hand spinner and was part of Kerala's Under 19 cricket team. He started working as a medical representative to meet his financial needs and continued his cricket practice even when he was working in pharmaceutical sector for seven years. He has also played for the teams like Cycle Brand Kids Cricket Club, City Cricketers, Muthoot Yamaha Masters Cricket Club, Brothers Cricket Club Thalassery, Renji Cricket Club, AG's Office Staff Recreation Club and Rockstars. 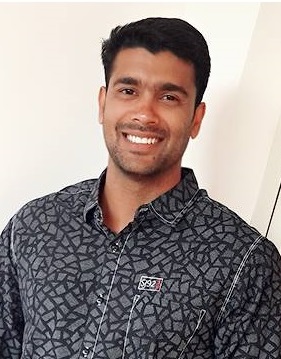 Vivek then got an opportunity to act while playing cricket for Priyadarshan's club. Priyadarshan had the plan to give a role to one of the player and Vivek Gopan became the lucky one. He debuted as a movie actor in Prayadarshan's movie Arabeem Ottakom P. Madhavan Nayarum starring Mohanlal and Mukesh . Later, Vivek was also part of films like Ee Adutha Kalathu, Naghangal, My Fan Ramu, Thalsamayam Oru Penkutty and also in Priyadarshan's Hindi remake of Marykkundoru Kunjadu, titled Kamaal Dhamaal. His latest movie was Acha Dhin directed by Marthandan and features Mammootty in title role.

The new role of Vivek as an actor give him an opportunity to became part of Celebrity Cricket League (CCL). Vivek has played for Kerala Strikers cricket team in CCL matches. This left hand spinner was the man of the match in one of the CCL matches as well.

In addition to the above roles, he has appeared in television ads as well.

Vivek Gopan debuted as a Malayalm TV actor through Parasparam directed by Sudheesh Shankar and produced under the banner of Ross Pettals. In this serial he is playing the role of Sooraj, the hero of the serial. The serial Parasparam is being aired on every Mondays through Saturdays at 09.00 PM on Malayalam channel Asianet. It is one of the top rated serial with high BARC and TRP ratings.

Parasparam is an official remake of Hindi daily soap opera on star plus channel, Diya Aur Baati Hum with 1320 episodes. Sooraj belongs to a middle class family and runs a sweet shop near his house to support his family. Sooraj, who is a good son and husband. This is the story of how a husband (Sooraj) becomes wife's(Deepthi) strength and how he supports his wife to fulfill her dream to become and IAS officer and the the ups and downs in their life The central characters are Deepti and Sooraj. Other actors in lead roles are Gayathri Arun, Sreenath, Niranj, Kottayam Pradeep, Rekha Ratheesh, Revathy Krishna, Sneha, Ruby Jewel in other lead roles .  The high popularity of the serial and positive traits of the character sooraj as a loving son and supporting has helped Vivek to win the heart of audience in Kerala. His performance as Sooraj bagged his best actor award at Asianet Television Awards 2014

Vivek Gopan is the son of late Gopan and late Mangala Devi . He was born on 3rd April 1983 in Thiruvananthapuram and was named as Gopakumar Vivek Gopan (aslo known as Vikky). Vivek has completed his schooling in Thiruvanthapuram, capital of Kerala. His father Gopan was a lab technician. His mother Mangaladevi was a music teacher in Ramadevi Mandir in Vazhuthakkadu, Trivandrum. Following the death of his mother, his grandmother, Sethukuttiamma (musician and artist in Akashavani) took care of him. He has a sister named Devika. Vivek is married to his sisters close friend, Sumi Mary Thomas. Sumi was an air hostess in Kingfisher, now working as an excecutive in Technopark Trivandrum. Vivek and Sumi have a son Sidharth(now five years old).

Vivek was trained in music for many years due to the inclination of his family to music. He has won prizes in music and also tried his hand in classical dance Bharatanatyam. Howerver he sidelined both for his passion for cricket. He got his opportunity to act in Parasparam after his marriage. Vivek now dreams of a good career as an actor in movies and Television.