✔ Vinodadarshan
Actor
Artist Profiles
Rahul Ravi is an Indian actor and model. He works mostly in Malayalam Films and Malayalam &Tamil Television Serials. He is now best known for his role as Haripadmanabhan in Ponnambili, a serial broadcasts on Mazhavil Manorama. 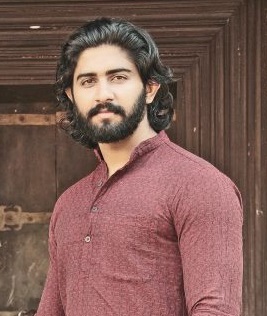 Rahul started his career as a model. This give him opportunity to be part of movies. He entered Malayalam Movie entertainment industry through Dolls (2013) directed by  Shalil Kallur.  Later he acted in  Oru Indian Pranayakadha (2014) by Sathyan Anthikkadu. His upcoming movie is Kattumakkan (2016) by Shalil Kalloor. This movie features veterans Mukesh, Vijay Menon and Nassar and a group of new comers.

Even though, the duration of his character in Oru Indian Pranayakasha was small, the movie  brought him recognition and an offer to act as the hero of malayalam TV soap opera, Ponnambili.  He has also appeared in Flowers TV show, Comedy Super Nite and Art cafe on Kairali TV for the promotion of his movie Kattumakkan

Rahul debuted as a television actor through Malayalam superhit serial Ponnambili directed by Gireesh Konni. The story  of the serial is written by Sudhakar Mangalodayam and the script  by Rajesh Puthenpurayil.  Rahul portrayes the hero of the serial Haripadmanabhan (Hari). Actress Malavika Wales gives life to the title character, Ponnambily of the serial. Vikraman Nair , Meera Muraleedharan, Sneha Divakar,Parvathi,Giridhar, Kannan,Dimple,Archana Susheelan and Naveen Arakkal are the other lead actors of this tele series.

The character Hari, and his love for Ponnambili and the convincing chemistry of Hari and Ponnambili attracted the viewers. The popularity and good reviews of TV serial also helped Rahul to became a popular TV actor.

Rahul is playing a lead role for Sun TV serial Nandini. The serial is aired in all south Indian languages- Tamil, Telugu, Malayalam and Kannada

Actor Rahul Ravi -Personal Life and Family details
Rahul Ravi was born to Mr Ravi and Khema Ravi on 21st December 1988 at Triprayar, Thrissur. He has an younger sister named Varsha. Rahul completed his B.Tech graduation in IT from Matha College of Technology, North Paravoor, Ernakulam and MBA from ICFAI University. Even though he started working in an IT firm, he soon changed his attention to modelling. He is also interested in body building and stage performances. He is the winner of Hairomax Beautiful Hair Contest 2011. He is looking forward to having more opportunity in movies.