✔ Vinodadarshan
Actress
Artist Profiles
Malavika Wales is an Indian Actress working mostly in south Indian films. She is also a television actress, dancer and model. She is known currently to Malayali audience as Ponnambili, the leading character of a malayalam serial on Mazhavil Manorama 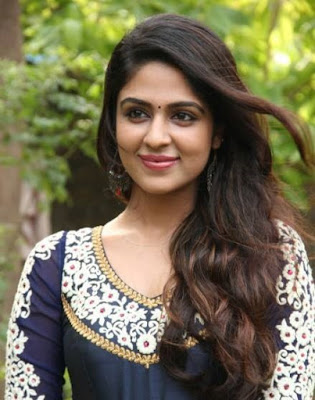 She started her career as a dancer. She is trained in classical dance since  six-year-old under maestros such as Kalamandalam Kshemavathy and Kalamandalam Prasanna Unni. She has received formal training in Bharatanatyam, Mohiniyattom and Kuchipudi. Malavika debuted into entertainment industry through a documentary Ayisha directed by Lenin Rajendran while studying in Class VI.

The turning point in her life was Miss Kerala contest in 2009. She participated in the contest at the age of 16, entered the third round of competition and won the title Miss Beautiful Eyes at the contest. Director Vineeth Sreenivasan noted her photos following the contest and cast her as heroine of his directorial debut movie Malarvadi Arts Club. The movie was also the debut film of Nivin Pauly and was box office hit. Following Malarvadi Arts Club, she was  featured in Lenin Rajendran Makaramanju, Innanu Aa Kalyanam, My fan Ramu and Attakadha. Malavika played the lead role in Nandeesha, the Kannada remake of malayalam film Thilakkam. She also acted in Tamil movies Enna Satham Indha Neram, Azhagumagan, Arasuvau Arasan and Telugu movie Dhaari. So far she didn't receive the success she hoped for, from the films. In 2016, Malavika made her debut as Television actress with the serial ‘Ponnambili’ directed by Dileesh Konni aired on Mazhavil Manorama.  Malavika Wales is playing a lead role for Sun TV serial Nandini

Malavika Wales Famliy Details and Personal life
Malavika Wales was born to late P.G.Wales and Sudina Wales at Thrissur on 15 November 1993. Her father was  a chartered accountant. She has an elder brother named Mithun Wales. Malavika did her schooling at Hari Sri Vidya Nidhi School Thrissur. Soon after the movie Malarvady Arts Club and completion of Plus II, she joined a three month diploma course in acting at Anupam Khers institute of acting. According to Malavika, dance is her first love. She likes to continue her acting career and education. She is now an English literature student(BA) at IGNOU.

Malavika as Ponnu in Ponnambili serial
Malavika debuted as a television actor through Malayalam superhit serial Ponnambili directed by Gireesh Konni. The story  of the serial is written by Sudhakar Mangalodayam and the script  by Rajesh Puthenpurayil.  Malavika Wales gives life to the title character, Ponnambily of the serial. The character Ponnambily in the serial is different from a normal serial heroine, who is a bold woman and expert in Chenda music. She is the backbone of the family and story is about how she faces carious difficult situations in her life.  Rahul Ravi portrays the hero of the serial Haripadmanabhan (Hari). Vikraman Nair , Meera Muraleedharan, Sneha Divakar,Parvathi,Giridhar, Kannan,Dimple,Archana Susheelan and Naveen Arakkal are the other lead actors of this tele series. The serial already captures the attention of malayali audience and so is Malavika.
Tags: Ponnambili serial actress name, photos, images, Ponnambili actress Malavika Wales, Nandini serial actress, Nadhini heroine