Adil Ibrahim (aka Adhil Ibrahim) is an Indian actor working mostly in Malayalam Films. He is also a model, Radio Jocky and Television Anchor.

Career
Adil Debuted as an actor through Sangeeth Sivan’s Endless Summer (2014) along with National award winning actors Salim Kumar and Seema Biswas. His next film was Persiakkaran (2014) directed by Ashok R Nath. In this film he portrayed the lead role as Aravind. The movie was later remade in Tamil as Thirundhuda Kadhal Thiruda. He later acted in Sughmaayirikkatte, Kalyanism, Nirnayakam and Rockstar. Of these films, Nirnayakam directed by V.K Prakash with Asif Ali in lead role was a hit movie. In Nirnayakam, Adil gave life to the character Sudev, an NDA cadet. 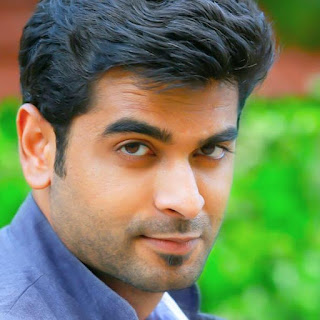 Adil worked as a Radio Jockey and producer at RadioMe (100.3 FM Dubai). His shows as RJ include Morning Madness, Ramadan Nights and Cocktail

Adil started his career as Television anchor through Asianet Programs. He hosted You, Me and Dubai and Magic Carpet on Asianet. His popularity as an anchor in Asianet gave him more opportunity to host shows in other channels including Media One channel and Amrita TV . He also appeared in popular shows in Onnum Onnum Moonnu on Mazhavil Manorama and Comedy Super Nite on Flowers TV associated with the promoation of his movie Nirnayakam. He will the the co host of the dance reality show, D4 Dance Season 3. Pearly Maaney is the co host of D3. Govind Padmasoorya was the anchor of D4Dance Season 2 and 2.

Adil Ibrahim -Family Details and Personal Life
Adil Ibrahim is the son of Nalakath Ibrahim and Sabira from Tirur in Kerala. His family is now settled in Dubai.He has four siblings- Shibu, Subahiya, Afif and Sana. Adil completed his studies from Dubai. He is a Chemical engineering graduate from BITS Pilani, Dubai. He wrapped up his engineering career to pursue his passion for cinema.