✔ Vinodadarshan
Asianet TV
Malayalam Bigg boss show on Asianet was launched on  June 24th , Sunday, 2018. The program is aired on every Monday to Sunday . The main attraction of the show is the presence of of Malayalam Super Star  Mohanlal as the host of the show . His episodes are mostly comes in Saturdays and Sundays and followed by eviction of the contestants.

Contestants/Participants/Inmates in Bigg Boss Malayalam on Asianet
A total of 16- contestants including celebrities from Malayalam big and small screen will be part of the show.

Archana Suseelan evicted from the show

Manoja Varma - Day 4 - walked out due to medical issues 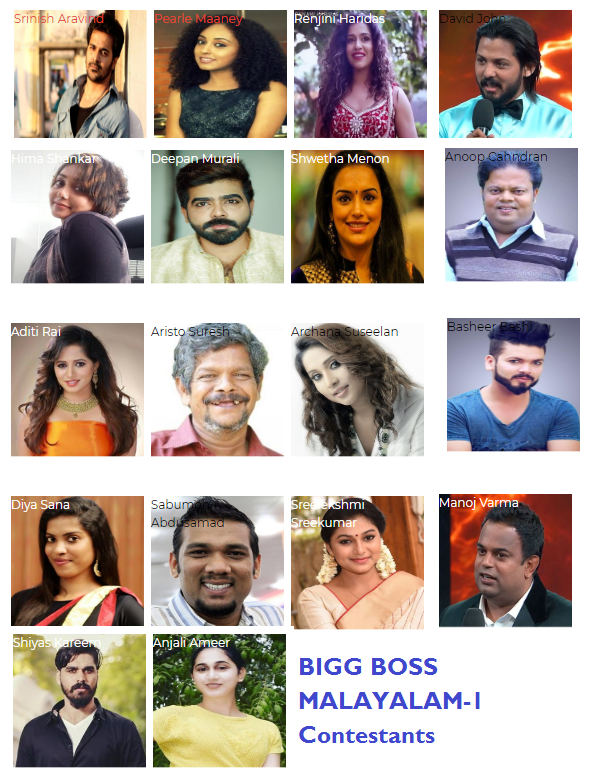