Career
Mersheena is a model and actress.  She is the younger sister of Actress Rasana, Parijatham Serial fame

Mersheena Neenu started her career as a model for a textile ad, as a kid. She later debuted as malayalm movie actress through Wound (2014), movie by Rajasenan. She started her Tamil Movie career through  Konjam Konjam directed by Udaysankaran with Gokul and Priya Mohan in the lead roles. 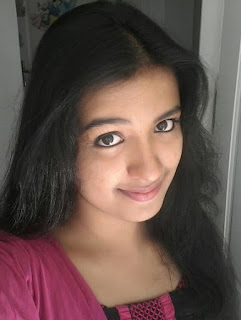 Mersheena Neenu debuted into Malayalam Television through the title song of serial Parijatham, serial with her sister Rasana in lead role. She later acted as Theertha in Manasariyathe  the serial. Now she is the heroine of Ayalathe Sundari  Serial.

For this serial Neenu learned sign language with the assistance of a faculty at the National Institute of Speech and Hearing (NISH) in Thiruvananthapuram. Actress Kavitha Nair, Yadu Krishnan, Jyothika, Aji John etc are the other lead actors in this serial.

Mersheena Neenu was born to Abdul Nassar and Sajitha in Perinthalmanna, Malappuram district, Kerala. She is currently a 12th grade student. She has completed her schooling from Cotton Hill Girls Higher Secondary School and Christ Nagar Senior Secondary School in Thiruvananthapuram. Her sister is Fathimath Rasana, better known by Razna/Rasna is a very popular TV actress.