SA RE GA MA PA Li'l Champs 2017 is a music reality launched on Zee Tamil Channel to showcase the music talents of kids aged between 5-14 years of age.  The first episode was telecasted on 24th December 2016. The grand finale was held on 28th April 2017 with five top contestants and the final episodes of grand finale were aired on May 7th, 2017 at 4-6 PM on Zee Tamil.

Irdhi Suttru Niharika, Vishwa Prasath, Dishadana, Rakthash, Ann Benson were the top finalists and the winner is selected by a jury  Karthik, Vijay Prakash, Sujatha Mohan. Archana hosted the grand finale. Popular Tamil actor Jeeva was the special celebrity guest of the grand finale. The winners of show are given below. 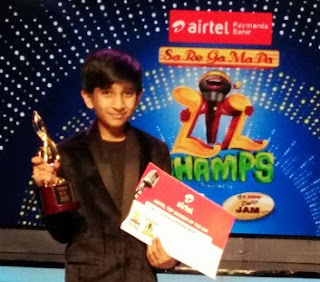