✔ Vinodadarshan
TV Serial-Cast
Manjal Prasadam is a malayalam Serial on Flowers TV. This new mythological flick was launched on November 28th, 2016. Manjal Prasadam serial is aired every Monday to Friday at 9:00 PM. This new soap opera has captured the audience attention through its visuals, music, , new actresses and actors shown in promos. 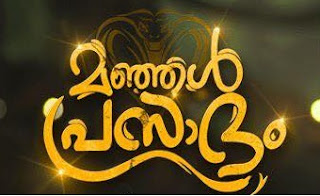 The story of Manjal Prasadam is based on snake worship in an ancient house named Nagapadathmana. This mythological thriller is directed by Pradeep madhavan and written by Anil Bas. Pradeep Madhavan is the director of Malayalam Movie Changathikoottam. The details of actress name, story, cast and crew are provided below.

Heroine of the serial. Ann Mathews is the actress playing the heroine Vaishnavi.Kalamadhlam Radhika is alsos a new face in this serial.

Theme of the serial : The story revolves round the belief in snake workshop and existence of divine powers centered around Naga thara of Magapathu Mana, an ancient house.