✔ Vinodadarshan
Actor
Artist Profiles
Ronson Vincent (also reffered as George Ronson Vincent) is an Indian actor and model. He is now known for his acting Malayalam Serials and Telugu films. He is known to malayalam audience for his role as hero Nandan in top-rated serial Bharya on Asianet. He has done villain and co-actor roles in Telugu films. 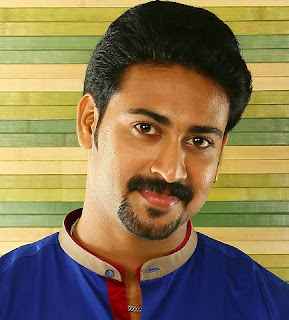 Ronson started his career as a model. He made his debut as a film actor in 2010 through Telugu film Manasara directed by Ravi Babu. Director Ravi Babu picked him after seeing Ronson's  fashion show in Calicut. In Manasara  he portrayed the character with shades of grey. For his performance Ronson received Bharata Muni award for the best villain for this film. He later acted as co-actor in teludu movies Mallela Theeram Lo Sirimalle Puvvu , Mr. Pellikodukuand Blood. He will soon make his debut to malayalam movies through Thomas Benjamin's directorial debut, Study Tour Batch 162.

However, Ronson got acceptance as an actor in Kerala after his entry to Malayalam television screen through Asianet channel's soap opera Bharya. The serial is directed by V.K Gireesh Kumar and produced by S.Ramesh Babu under the banner Rise Sun pictures.  Ronson gives life to the character Nandan, son of Prof. Vishwanatha Menon and Jayapradha teacher of Vrindavanam. Bharya tells the storya of the family after the hero, Nandan, played by Ronson, fall in love with Nayana and marry her. Aleena Padikkal  portrays the role of Nayana. The serial also stars popular actors Yuvarani, Ilavarasan, Sonu Satheesh Kumar, Devi Chandana, Rajendran etc. The popularity of the serial is also helping Ronson and he is now a very familiar face among malayalai audience.

Personal life:
Ronson hails Calicut is from a film family. He is the son of yesteryear’s actor Rony Vincent (debuted as hero of the famous movie chillu )and his wife Iris. The well known malayalam movie director and cameraman A.Vincent is his fathers brother. After completing his schooling from St. Bede’s Anglo Indian Higher Secondary School, Tamil Nadu and graduation from  University of Calicut, he worked as a web designer and executive of Sesame Software Solutions. He is passionate about modelling and fashion designing and has opened a design warehouse and boutique (Raaz) in Calicut for wedding dress. He was noted by director Mahash Babu in a fashion show that opened him doors to movie and mini-screen industry.  He is married to Neeraja