✔ Vinodadarshan
Actor
Artist Profiles
Naveen Arakkal is an Indian model and actor. He is currently working in Malayalam Television Serials and Movies

Naveen started his career as a model in Ads and ramp. His career as model led him to acting career.

Naveen as Malayalam Television Actor
He started his journey as Television actor through Surya TV Serial Minnal Kesari produced by Chand creations. Even though it was a hit tele series, Naveen struggled to establish in early years. He took a break from acting.  His return to silver scteen was through Mazhavil Manorama serial Balamani. The character Allu Raghavan in Balamani serial on Mazhavil Manorama provided him with the much needed break in his career. This was followed by Amma serial on popular malayalam channel Asianet. In that tele-series he gave life to a very important character Arjun,  a police officer. His portrayal of the character Arjun in the above top rated serial made him very popular among Malayali audience. Slowly he was elevated to heroic roles. Now he is a very busy TV actor with serials in all Malayalam channels. He has so far acted in many TV serials including Makalude Amma, Indraneelam, Velamkanni Mathavu, Mask, Vishudha Chavara Achan, Balamani, Amma, Spandanam, Vishwaroopam, Pranayam, 7 Rathrikal, Malarvadi 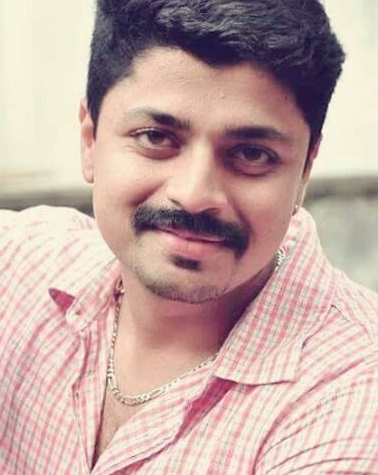 Naveen Arakkal stealed the attention of the viewers through villainous and negative roles he played. He is currently playing full length stylish villain character Prakash Varma, a business tycoon in Pranayam Serial, the remake of super hit Hindi serial Ye Hai Mohabbatein. Pranayam narrates the story of a Sharan G Menon and Lekshmi. Prakash is the lover of Kavitha, the ex-wife of Sharan, who tries to use her and her daughter Malu for his success over Sharan.  He also part of Asianet horror serial 7 Rathrikal and flowers Tv mythological serial Vishwaroopam


TV shows
Naveen also participated in TV shows. His recent one is Starwar on Surya TV


Naveen has also acted in many movies including Mayamohini, Kandahar, Bicycle thieves, Medula Oblangata,Commandos, mostly in supporting roles of Police officers. He hopes  to continue his career as film actor if he gets good roles and movies.

Naveen is the son of  Thomas Arakkal of Arakkal Jewellers and Sofia. He is a close relative of actress Unni Mary.  She was instrumental in guiding him to become an actor. Naveen is married to Cini Nair, a school teacher. They are blessed with a daughter (Neha) and Son (Nived). Naveen gave up his job in ICICI bank to fully concentrate in acting career.