Mazhavil Manorama TV channel has announced the launching of new Malayalam Serial -'Ennu Swantham Koottukari '. The details of telecast time, cast and crew are not yet out.

The other malayalam TV Serials on Mazhavil Manorama include Aniyathi, Amala, Balamani, Ente Pennu and  Ival Yamuna .  Most of these serials are very popular among audiences. The dance reality show Idea D4 Dance is approaching its Finale.

The logo of the new serial Ennu Swantham Koottukari Serial  on Mazhavil Manorama TV is given below. The first episode of the serial will be telecasted on 01 December 2014(01/12/2014) at 6:00 PM 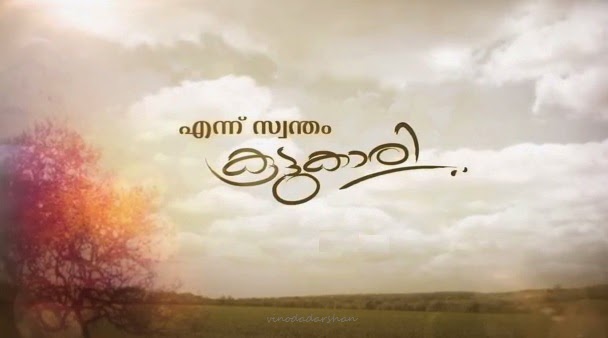