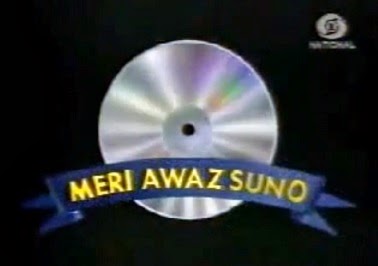 The title songs of the show was sung by Lata Makeshkar.

Annu Kapoor was the anchor and host of the show.

"Lata Mangeshkar" Trophy for the best male singer was given to Pratip Somasundaram along with Sunidhi Chauhan who won in the female category.

The show was purely based on talents (not on text messages, SMS were involved) and the competition span over an year with various round to test the talent of the contestants.

Bollywood playback singer Sunidhi Chauhan is considered the major discovery of the show Meri Awaaz Suno telecasted in October, 1996. She is now an established singer in main focus on bollywood.

Soon after 'Meri Awaz Suno' in 1996, Pradip also  got  many offers to sing in  Malayalam films. He is an engineer by profession, so he wisely stuck to his job. He is now the Principal of the IHRD College of Applied Sciences at Vadakkumchery. He is also a playback singer in other languages including Telugu.