The grand finale of  Super Star Junior 4 on Amrita TV held on 2 February 2014 at Nilambur. This is the season 4 of Amrita TV's musical reality show for kids in the age group 10-15 yrs .

Bharath, Bhagyalakshmi, Madhushree and Varsha were the finalists of the super star junior 4. Music director Deepak Dev, Singers Swetha Mohan and Sayanora were the judges of the grand finale of this music show. The grand finale was held in front of a huge audience in Nilambur, Malappuram.

Bhavya was the anchor of Super Star Junior 4. 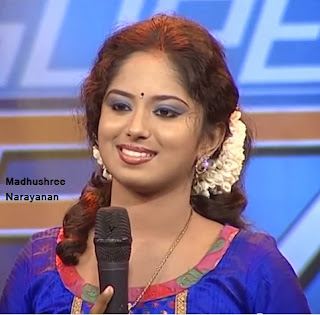 MadhuShree Narayan is declared the winner of the Super Star Junior 4 following a tough competition.


Madhushree Narayan  is the daughter of the famous musician  Ramesh Narayan. She is a student ( Std IX) of Christ Nagar English Higher Secondary School. She has an elder sister Madhuvanti Narayanan, who is also a singer. 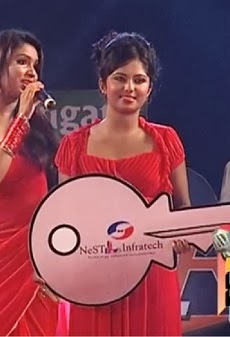 Other contestant of the show were Arjun, Chaithra, Devika,Gauri, Govind, Godly, Greeshma, Krithikha,Parvathy Rickson and Swetha. They were eliminated in the previous rounds of the show.

Congrats to all winners of Amrita TV Super Star Junior 4


The winners of the previous seasons of Amrita TV Super Star Junior music reality show are  given below.