This is the first time in the history of malayalam television an audition is arranged through  Skype and Google Hangout platforma for Keralites  living outside kerala. 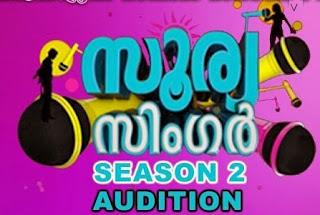 Surya TV announced 6 audition centers across Kerala for the audition of  Surya Singer Season 2. Except in Kannur, Malappuram and Kottayam, the audition will be on two days (March 1-2, 2014).  The details are given below

Sreya Jaydeep was the winner of the Season 1 of this popular music reality show. This is a great opportunity for kids to participate in a TV show.