✔ Vinodadarshan
Actor
Artist Profiles
Rayjan Rajan is an Indian model and an upcoming actor. He is currently working in Mazhavil Manorama Malayalam Television Serial Athmasakhi. His character as Sathyajith IPS, city commissioner  in that serial made him a familiar face among Malayalam audience. 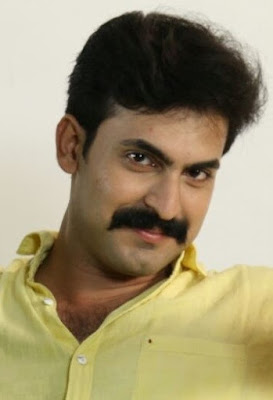 Rayjan currently  plays the role of Sathyajith, an  IPS officer and  the lead protagonist of the prime time serial  Athmasakhi  on Mazhavil Manorama.  The role of Sathya, a good looking guy who lives for his father who adopted him and his family and also as a strict police officer, has given Rayjan immense opportunity to perform. The character Sathya is now popular among Malayalam audience and so is Rayjan Rajan. The tele-serial directed by Mohan Kupleri is based on the story and script written by noted TV actress Sangeetha Mohan. Avanthika Mohan , Manu Nair, Beena Antony, Rayjan, Sree Raksha, Pratheeksha, Jishin Mohan, Sanjeev, Sangeetha Mohan

Personal Life :  Rayjan is born to Mr and Mrs Rajan from Thrissur, Kerala. He has completed his graduation in B.Sc Electronics and worked in a company for a while. However, to pursue his passion in acting and to build his career he relocated to Ernakulam, Kerala. He has a sister named Milan.