The engagement occurred on 5 April 2015 in Cochin. The engagement news became public through the news posted on social media by her hosts of D4 dance -  Govind Padmasoorya and Pearle Maaney.


Jenson Zachariah is the program producer of many hit programs on Mazhavil Manorama Channel and is the director of  Onnum Onnum Moonu-the show by Rimi Tomy. The acquaintance between them during D4dance finally end up in love  and marriage.

The wedding will be on 11 Saturday 2015 at Changanacherry 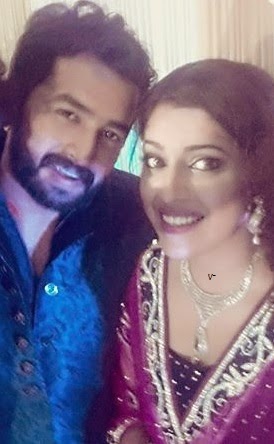 Jewel captured the audience attention through her proper malayalam and unique style of anchoring the show and also as a performer. Jewel took a break from D4dance to act with Mamootty in  malayalam Movie 'Pathemari' directed by Salim Ahmad.


She is originally from Thripurinthara Cochin and has completed BSc nursing. She aspired to work outside India and in life turning moments became part of entertainment industry.

We wish the couple a very happy moment.


"hello friends ... am realy happy and excited to announce that am engaged....!here is the love of my life Mr. Jenson Zachariah...director of the show onnum onnum moonu in mazhavil manorama.. !Thank u jesus for giving me this wonderful person .. who is my best friend and my best companion"

thanks to all my dear people who are still wishing me a happy life and who are remembering me in their prayers ... thank u all for ur love and kindness.......good night


The photography of the engagement function was covered by vuey photography.